Back to the Future - the Synod under Communism

It has been about 40 years since the joint synod of the (West) German dioceses, the so-called Würzburg Synod, and the Pastoral Synod of the GDR- the German Democratic Republic (Communist East Germany). But especially when you look at the texts of the GDR Synod, you get the feeling that the future of the Church is also being discussed here. 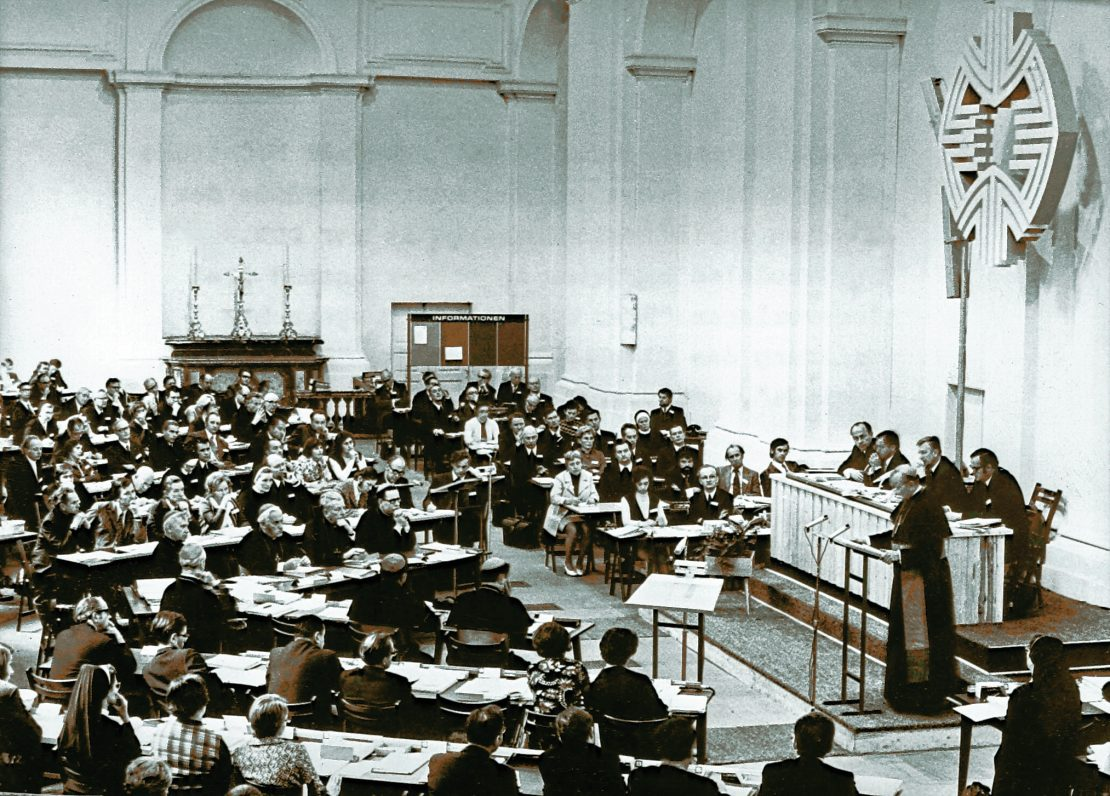 In the GDR, Christians lived in an atheistic environment. It is not yet gone that far in West Germany but one can certainly speak of a far-reaching de-churching. Even if it still seems to be different in Sauerland or East Westphalia: the diaspora is in our midst. It was already the reality of East German Catholics at that time

The first resolution of the Synod deals - similar to the one from Würzburg - with the faith of Christians. It lacks the linguistic force of its West German counterpart, it speaks rather a simple but very understandable language, for example: "Jesus reveals Himself to us as a loving You who invites man to respond in love. Faith thus becomes an encounter with a living person."

One of the particular challenges of our time is that people today are no longer naturally Catholic and remain so, but that this requires a decision. "This basic decision can only be dared by the individual as a free act," the GDR synods formulated in 1974. Science cannot take such a decision away from the individual, on the contrary, it actually requires it: "Science knows about the imperfection of even correct knowledge. It prevents us from accepting the inner mental coherence of systems as a compelling reason for proving their correctness". And no scientific knowledge can lead away from God: "Ultimately, in every decision for God, all truth, including that of contemporary science, is co-affirmed."

The diaspora, often a kind of spectre for Catholic areas, is described in the resolution as an opportunity. The formulation of the small flock, which sometimes provokes allergic reactions in this country when it is used to describe the retreat of the upright from the evil world, is used as a pastoral goal, so to speak, of a congregation purified of fickle and occasional Christians. From the point of view of the time, the diaspora, which means dispersion, makes it possible for the Gospel to be made known in all places: "Through believing Christians in the diaspora, the spirit of the Gospel becomes present in a non-Christian environment." Furthermore, living among non-Christians shows that the Spirit of God also works outside Christian communities. With this, the Synod takes up an idea that Pope John XXIII expressed in the opening address of the Council and which at the time intensified the impression among some that this Pope was perhaps not really Catholic: Salvation also outside the Church?

It is fascinating and a little frustrating to read the old texts. There is no need to worry that such projects as the "Synodal Path" would only talk about structures, but rather this: that the good texts and ideas would end up being pushed aside, as they say in Switzerland.