The accelerating self-destruction of the Church in Germany 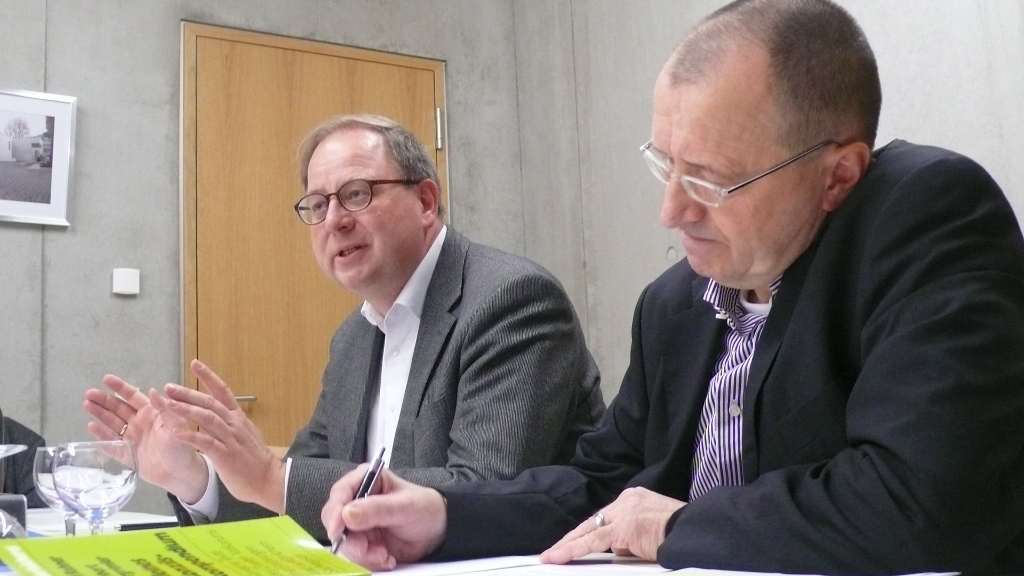 Claus Arnold on left
In the debate about reforms in the Catholic Church, church historian, Claus Arnold [author of the Little History of Modernism] from Mainz sees less the danger of a schism in the church than a tendency towards a mass exodus from the church. There is a broad-based decline in authority in the Catholic Church in Germany, Arnold told "domradio.de" on Thursday. However, he said, there was neither the danger of a new church foundation nor of a mass defection to Protestants or Old Catholics. Rather, he said, a rapidly accelerating process of secularisation could be observed, which was leading to massive church departures.
The church historian rejected criticism of the German reform debate and the alleged advance of German Catholics. Even before the Second Vatican Council (1962-1965), individual countries had played a pioneering role, including France and Belgium as well as Germany. At the Council, there was a dynamic towards reform. "And then there were these pioneering groups, which basically very successfully steered the majority of bishops in the direction of reform.
Corresponding dynamics also possible at the Synod of Bishops
Arnold considers a corresponding dynamic also conceivable at the Synod of Bishops in 2023. "If the leeway is given, so to speak, by Pope Francis and by the Curia, then perhaps something similar can happen, that one finds that one can agree on certain things after all, also from a global church perspective." But if the Synod of Bishops, for example, runs like the Amazon Synod with a strong direction, "then I am very sceptical".
Last year, more people than ever before left the Catholic Church in Germany. According to the church statistics for 2021 published in June by the German Bishops' Conference (DBK), 359,338 people left the church. With 137,948 more departures than in the previous year (221,390), a new all-time high was reached.
Source
Email Post
Labels: Germany Synodal Path