The Community of the Word of Life will be dissolved 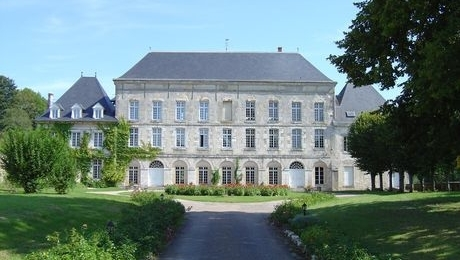 The Charismatic Community of the Word of Life, founded in 1986, will be dissolved as of 1 July 2023.  Gathered at the Abbey of Andecy, in the Marne region of France, its members learned of Cardinal Jozef de Kesel's decision on 25 June 2022. 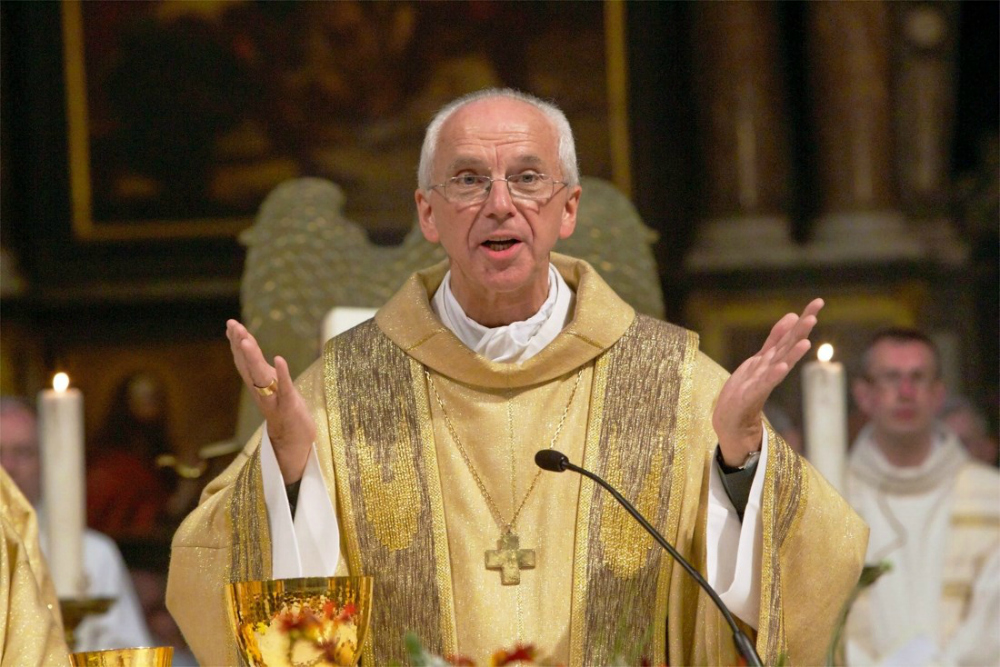 The Community of the Word of Life brings together men and women of all states of life - lay people, consecrated persons and clerics - in two possible ways of belonging: community of life and community of covenant.

The Archbishop of Mechelen-Brussels, guarantor of the community, took this decision after a canonical visitation that took place from January to April 2022.  The visit was requested by the community council after the resignation of the general moderator in August 2021. The three appointed visitors listened to over 200 people.  The decision to dissolve the community is based on the observation of "serious and systemic dysfunctions since the foundation", says a press release from the Diocese of Châlons en Champagne, where Andecy Abbey is located.  "240 members have left the community in 30 years.  All attempts to clarify the charism, to give a stable rule of life, to ensure serene governance and to guarantee respect for each person and trust within the Word of Life, have failed."

According to the weekly, La Vie, the visitors noted that "the leaders of the Community of the Word of Life did everything possible to hide the truth from the bishops and to manipulate them".  For them, the magazine continues, "it was therefore impossible to start again on a healthy basis".

The Community of the Word of Life had the status of a private association of the faithful in the diocese of Malines-Brussels, where it was welcomed in 2010 by Bishop André-Joseph Léonard. 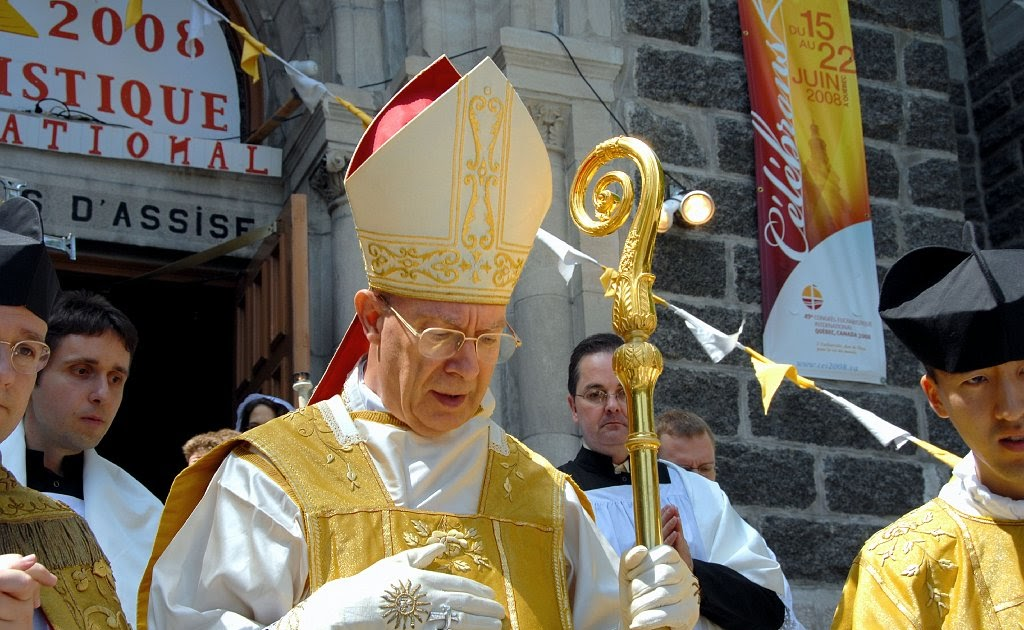 Cardinal de Kesel has appointed Monsignor François Touvet, Bishop of Châlons, as administrator of the Community of the Word of Life until its dissolution.  With five teams: spiritual support and consecrated life, psychological accompaniment, canonical and legal questions, administrative and financial questions and finally communication, he will govern the community in the coming months. His main concern is to listen to the victims and to offer each member individual support and places of hospitality to allow for peaceful discernment and a new personal orientation, the statement said. 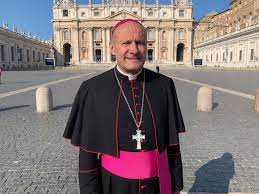 Cardinal de Kesel and Archbishop Touvet are thinking of those who have been victims of certain members and who are calling for justice.  They have also heard the suffering of those who, whether members or not, have had to endure serious dysfunctions brought to light by the canonical visitation and re-iterate their closeness and empathy.

Finally, the Cardinal and the Bishop of Châlons said they understood "the pain and emotion of all those who may be surprised by such a decision: residential and non-residential members, former members, members of the Alliance of the Word of Life, families and friends.  "Everyone can count on the dedication of the team in charge of the support efforts and the listening and availability of Monsignor Touvet".

In a message addressed to the diocesan population of Châlons, Monsignor Touvet is aware of the shock of this decision, even though Andecy Abbey is a much-appreciated place in the Diocese. "Please believe that this serious decision has been taken for the good of the members of this community, even if you find it hard to believe and understand that such dysfunctions could have taken place there," he wrote.

The Community of the Word of Life had the status of a private association of the faithful in the Diocese of Malines-Brussels, where it had been welcomed in 2010 by the then Archbishop of the Diocese, André-Joseph Léonard.

Among other new communities born at that time under the impetus of the new evangelisation promoted by John Paul II, the Community of the Word of Life was founded in 1986 by Marie-Josette and Georges Bonneval, at Aubazine Abbey, in Corrèze. However, governance difficulties soon arose.  The Bonneval couple was accused of spiritual abuse and control over the members. The spiritual guide of The Community of the Word of Life from 1986 to 2013, Jacques Marin, a worker-priest of the Mission de France, was accused by several women of sexual abuse during the sacrament of confession.  He died in 2019, after a canonical trial a few years earlier which forbade him from exercising the ministry of confession. He was author of "Europe, where is your God?" and "To love is to forgive". 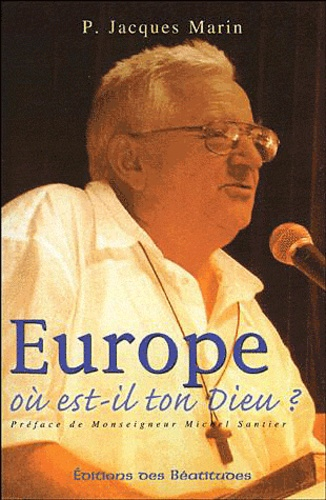 "The worm was in the fruit"

"The worm was in the fruit from the foundation in 1986," Alex and Maud Lauriot-Prévost, who had participated the previous year, with the Bonnevals, in the foundation of Jeunesse Lumière, tell La Croix.  The founding couple inoculated an unhealthy and manipulative governance, which infused itself among their close collaborators.  Despite their departure, at least 20 years ago, the community has not really been able to get out of this situation. 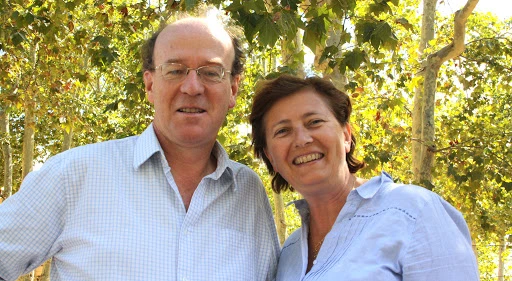 (They now have a YouTube channel with such videos as "Evangelise Sexuality: the Missionary "Bomb")

A first canonical visit in 2002

Following various interventions, a first canonical visit was carried out in 2002 by Monsignor Bernard Charrier, Bishop of Tulle.  His report, which was delivered in 2003, pointed out two major problems: the confusion between the internal and external forums and the hold exerted by the Bonneval couple.  The document also mentioned a lack of training, the absence of a rule of life, excessive fatigue among members, a lack of consideration for personal skills and financial shortcomings.

As a result of this visit, Georges Bonneval, the first moderator of the Community, was removed from office and invited to take a time out from the Community.  This time was not respected.  Georges and Marie Josette Bonneval left for one of the Word of Life foundations in Brazil before attempting to establish a dissident community.

The community was then only 17 years old.  The statutes were neither finalised nor recognised yet, the rule of life was not written, all the founders had left.

Olivier Belleil, married with seven children, was elected moderator in August 2003.  He blamed the crisis in his community on internal divisions and differences between the founding members.  However, for those who left, these were only the consequence of the basic problem and not the cause.

From 2004 onwards, a number of members continued to leave and the departures did not cease, with the corollary of closing houses.  More than 160 members left the community, in successive waves, of which 30% were permanent members.  The last two waves were in 2007/2009 and 2012/2013 under the government of Olivier Belleil. Each time, they lead to the departure of about fifteen members.  Out of 16 foundations, there were 8 closures, including the Abbey of Aubazine (in 2010) and that of La Valette in Toulon (in 2015).

In 2007, the community, which then had 111 members, obtained official recognition as a private association of the faithful under diocesan law.  Olivier Belleil then acknowledged errors in the mode of government "some of which were serious".  He asserted that these had been overcome.

In May 2022, following the Ciase report on sexual abuse in the Church in France, the leaders of the Community of the Word of Life invited "any person who had knowledge of condemnable acts committed by Father Jacques Marin, including from a long time ago", to come forward.

The Word of Life in Pensier

One of the current houses of the Word of Life is located in Pensier, near Fribourg, in Switzerland. It is a centre for spiritual retreats and for welcoming groups in Switzerland and neighbouring France. The community arrived in Switzerland in the Parish of Saint-Pierre-de-Clages (VS) in 1992-1996, then in the St-Dominique house in Pensier (FR) since 1993.

In the summer of 2021, the eight consecrated sisters of the Word of Life left Pensier for what they hoped would be a temporary period.  "Like other new communities, we felt the need to better distinguish between the various vocations, since our community includes different states of life: consecrated men and women and celibate or married lay people," Sister Karenn-Marie, who is responsible for the community, explained to cath.ch.  "We will take a year, maybe two, to do this work.  The covid crisis, which has forced us to reduce our activities, has been a catalyst.  Overall, the Community of the Word of Life has about 30 consecrated sisters.