Jesuit Batlogg: "The Synodal Path has no alternative".

From 8 to 10 September, the Fourth Synodal Assembly of the Synodal Path will take place in Frankfurt am Main. Where will the reform process lead the Roman Catholic Church?

From Thursday, the controversial reform process "Synodal Path" continues. In an interview, Jesuit Father Andreas Batlogg explains why he thinks it is so important. 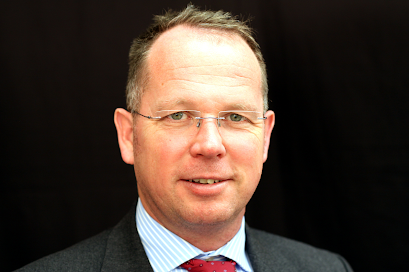 Father Batlogg, what do you think of when the name of the controversial Cologne Cardinal Rainer Maria Woelki comes up again?

Andreas R. Batlogg: We are dealing with a tragic situation here - and with a current matter. His letter of resignation is on the Pope's desk. I would like the Apostolic Nuncio in Germany to say to Francis: "It's no longer possible for him to continue. The Cologne Cardinal is not bringing people together, but dividing them." (Cathon: Rich coming from a supporter of the Synodal Path which has diverted the Church from top to bottom)

But the Pope - Jesuit like you - does not end the difficulty.

Batlogg: He said you cannot decide well under pressure. That's true. But the decision-making process is already taking quite a long time - and the Woelki case, his handling of abuse victims, has had a negative impact on the German Bishops' Conference and on the Church in Germany. Nevertheless: the resignation of one person does not change the systemic problems.

In view of the church scandals, do you now have to justify your Catholicism?

Batlogg: Yes, even among my friends and relatives. Sometimes I hear pityingly: "You can't help being a Jesuit and a priest!" I also ask myself the question, "Why do I stay in this church?" With pious phrases or killer arguments, you don't convince anyone anymore. When people lie or beat around the bush, they turn away - even from the core layers of the church.

Will the reform process "Synodal Path" between the German Bishops' Conference and the Central Committee of German Catholics be able to change anything in the medium term?

Batlogg: Absolutely. And I remind you again and again: The Synodal Path was initiated under the shock of the "MHG" study on the cases of abuse in the ranks of the Catholic Church in Germany. The realisation has matured: it is not only about individual priests who became perpetrators and about bishops, vicars general or personnel managers who handled it badly. No, it is above all about systemic causes. So we have to talk about ecclesiastical sexual morality, about the priestly way of life and about the separation of powers. The Synodal Path is the best way to do this - even if it is demonised and the spectre of a German Special Path is constantly raised.

Catholic conservatives consider the Synodal Path to be the path to church schism. For others - like the Chairman of the Federation of German Catholic Youth, Gregor Podschun - it does not go far enough. He tweeted that there would only be "little reforms".

Batlogg: There are high expectations and a petulance that I very much regret. I even consider some of the comments to be unchristian. But the President of the German Bishops' Conference, Bishop Georg Bätzing of Limburg and many other bishops are behind the Synodal Path. In my view, there is no alternative. We cannot bury our heads in the sand just because there is often very polemical, theologically poor and argumentatively weak opposition. The Church must be renewed - and that, by the way, always and at all times.

Batlogg: The Synodal Path has become a huge projection screen, and one thing must be clear: We will neither be able to introduce priestly ordination for women nor abolish celibacy in Germany.

Batlogg: But we can show the Pope our problem and debate the situation - also with clear votes from lay people and bishops. But it is also clear that many things are decided in Rome.

Batlogg: There are almost traumatic experiences and memories, that's true. I'm thinking of the Würzburg Synod in the 1970s.  Cathcon report on this debacle.

At that synod there was already a call for the diaconate of women ...

Batlogg: ... and dozens of votes of the Würzburg Synod have still not been answered by Rome. It is understandable that this leads to a certain frustration.

This Thursday the Fourth Synodal Assembly begins in Frankfurt, at the beginning of next year the Synodal Path will come to an end. What concrete result do you hope for?

Batlogg: I think it would make sense if the Synodal Path were to be "made permanent", as some voices have already suggested. In other words, if there were an advisory and decision-making body of lay people and bishops, however composed.

For critics, that would no longer be Roman Catholic.

Batlogg: I am very surprised at such statements. The sacramental architecture of the Church remains, there is no question about that. Within this architecture, however, we have to look for new ways of governance.

Ultimately, it is up to each of the 27 local German bishops - in addition to Rome - what they are willing to implement?

Batlogg: There will be a Church of different speeds. A more reform-oriented bishop like Georg Bätzing will approach some things differently than an Augsburg bishop like Bertram Meier.

He recently recommended a "pause for breath" and always refers to the ongoing synodal process in the world church, which is to culminate in a World Synod of Bishops in October 2023.

Batlogg: It is about a common search for the will of God and that is a spiritual process. It is not like collective bargaining in the Church. However, the abuse scandal that became public in Germany in 2010 was a tsunami - we have to give an adequate response to that. And, of course, we have to feed our concerns into the synodal process of the world church. If we merely revolved around ourselves and wanted to become a sacristy Christianity, then that would not be a sustainable, resilient church fit for everyday life and crisis.

At the Amazon Synod 2019, a two-thirds majority of bishops voted to ordain proven married men in the Amazon. The Pope vetoed it.

Batlogg: That was disappointing for me. At least for this vast and priest-poor region he could have exempted celibacy. I was sad that he did not take that step.

He is an absolute monarch. He could have enforced that.

Batlogg: He probably felt that it would have had a signal effect and thought that such a decision was not yet ripe. As Pope, Francis must, despite everything, preserve the unity of the Church. At the same time, this shows that we as a Church only manoeuvre around if we don't really tackle these difficult questions. In any case, I would like to see more co-ordination and clearer statements from Francis. For me, however, he remains a reforming Pope.

He is now 85. What does he still want to achieve?

Batlogg: It is obvious that he is getting physically weaker. Every day could be his last. What I don't believe is that he would renounce his resignation solely because his predecessor Benedict XVI is still alive and there would then be two former popes. I also see that he is behind Synodal processes.

Do the battles that are now being fought over them remind you of the Second Vatican Council in the 1960s?

Batlogg: Very much so. Back then, too, people wanted to enter into conversation with the present. At that time, too, there was enormous resistance. Afterwards, there was a split of the traditionalist Society of St Pius X and continuing condemnations. Therefore, I would not be so happy if we stumbled into a Third Vatican Council. But we can learn from Vatican II in our discussions today, which are marked by hardening and mutual curses: there, a culture of dialogue and debate prevailed from which we are far removed.

This Thursday, another major event ends in Karlsruhe: the 11th Assembly of the World Council of Churches.

Batlogg: This World Council of Churches represents almost 600 million Christians on all continents. It is a pity that the Roman Catholic Church is not one of the more than 300 member churches. But it has guest status and is interested in participating. I see that the World Council of Churches - like Pope Francis - has understood that world climate, world peace and world church are big issues. And that the credibility of the Church increases when we speak with one tongue and one heart - as difficult as that is in view of the Ukraine war and the division of the Orthodox Churches. And yet: we sit together, and only that can lead to reconciliation.

Cathcon: Two outcomes are possible.  Nothing is finally conceded in the way of ordination of married men or women and there will be screams of disappointment.   But if everything is conceded, all the demands being linked, it will destroy the Church.  Who thought of this dreadful idea called "Synodality"?