The Faces of Jesus and Mary as seen by modernists

Bishop Manfred Scheuer of Linz paid tribute to the stained glass artist, Lydia Roppolt (1922-1995) during a festive service for the "Konrad Festival" in Oberwang. In his sermon, Scheuer said that the works of the painter still "strongly convey the view of Jesus as it is connected with the Beatitudes". The Beatitudes of Jesus were in turn a "Magna Charta" against resignation and hopelessness and reflected "the face, the face, the identity of Jesus". Roppolt, whose works can be found in Austria and Nazareth, among other places, is the founder of the "Konradfest"; 17 March 2022 was the 100th anniversary of her birth.

What was said of Van Gogh's self-portraits could also be said of Lydia Roppolt's paintings, stated Scheuer, who knew the internationally renowned artist personally from his time as spiritual director of the Linz seminary: Roppolt would have looked at the people she depicted and looked into them. The painter was particularly fond of faces, which could be seen in the position of the eyes in her works of art. Roppolt's works thus enabled a special view of Jesus and his basic attitudes. According to Scheuer, she said about one of her depictions of the crucified Jesus Christ: "Doesn't he look at you lovingly?" The former professor of theology emphasised that Jesus' gaze is profound because it does not stop "at the made-up, embellished, styled surface", but conveys dignity, affection, life and hope to people. The depiction of faces and eyes by the stained-glass artist Roppolt takes on all the greater significance because there is "no authentic image, no photo, no film footage, no handwritten documents, no signature and no genetic code" of Jesus, said the Bishop of Linz.

However, the face also embodies basic attitudes and attitudes to life such as sadness, bitterness, harshness or confidence, cheerfulness and serenity, Scheuer explained. It thus expresses the "inner side of the soul", whether positive or negative.

The depiction of faces and eyes in Roppolt's work also symbolised the process of self-knowledge, which Scheuer described as "looking inside oneself". The progress from self-knowledge to self-design is the actual task of human beings, the Bishop stated. "However, many do not even reach the third stage of self-knowledge and remain stuck on superficial things." 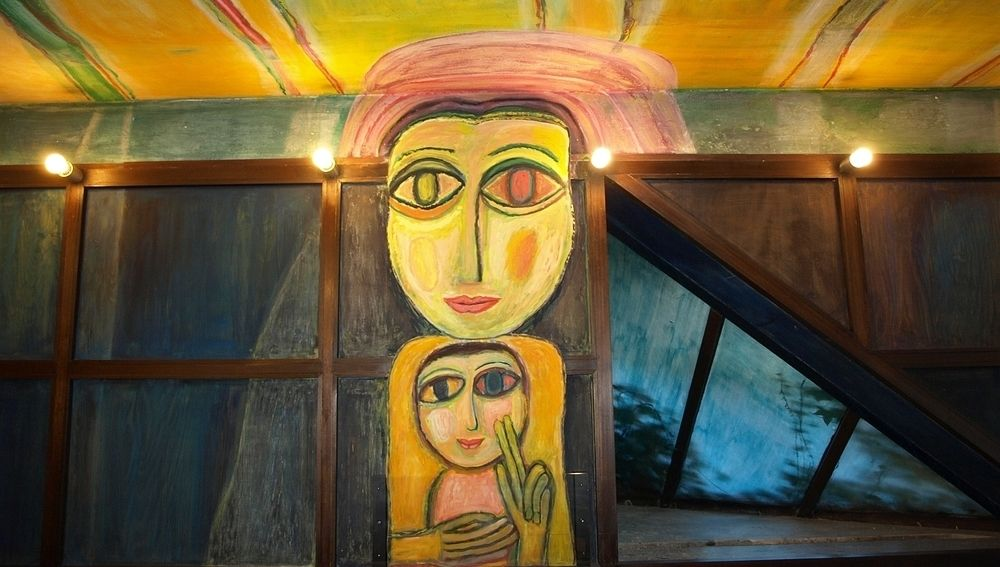 Lydia Roppolt and the Konrad festivals

Lydia Roppolt was born in Moscow in 1922. Many works by the artist, who died in Vienna in 1995, were created in the glass workshop at Schlierbach Abbey and can now be found in churches and chapels. Typical is the use of strong, pure red and blue colours. With her frescoes, paintings, sculptures and paraments, which were often commissioned by churches, she was considered an important artist of the post-war period. Roppolt gained international renown above all for her stained glass windows, the most famous of which is in the lower church of the Basilica of the Annunciation in Nazareth.

The "Roppolt House" with studio and garden in Oberwang, Upper Austria, and the nearby Konrad Church, designed by Lydia Roppolt, had already become meeting places for the cultural scene during her lifetime.

The "Konrad Festival" initiated by the painter, which took place annually from 1988 to 2005 at the beginning of August and focused on sacred music, was "revived" in 2021. This year, the series of world premieres will be continued with the piece "Liebe und Schmerz - 3. Streichquartett" (Love and Pain - 3rd String Quartet) by the Viennese composer, Rainer Bischof.

A previous work by the composer.
Source
The Faces of Jesus and Mary as seen by Catholics 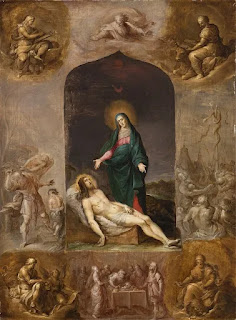