Co-operation of the organisations "plan:g" and "Amazone" on World Youth Day (12 August) 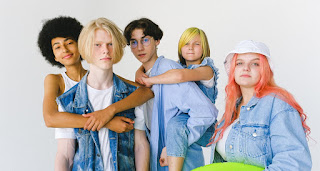 "Body rEVOLution!" is the title of a project that aims to draw attention to body images of young people and the power and dominance relationships associated with them on the occasion of the UN World Youth Day (12 August). The Bregenz-based organisations "plan:g" (formerly known as Leprahilfswerk-Leprosy Aid or Aussätzigen-Hilfswerk Österreich-Leprosy Relief Organisation Austria) and "Amazone", which are involved in the project, present the perspective of young people far beyond Austria: their discussion makes visible "that the topic of the body encompasses more than an individual level and how ideal images shape societies", they say in a statement on Monday. We are still a long way from a world in which everyone can live as they wish.

Especially after two years of the pandemic, which young people all over the world experienced as stressful, it was "more important than ever to listen to young people, to recognise their expertise and to include their perspectives more in political decision-making processes", stated "plan:g" and "Amazone". As part of "body rEVOLution!", young people from different parts of the world were asked how the world could be better for their age group.

The foundation under ecclesiastical law "plan:g" submitted answers from a number of young people from Africa and Austria. Salama (22) from Tanzania wishes to be able to earn an income through her education that will ensure her independence. Moon (14) from Austria complained about reality-distorting images in the media that discriminate against people because of their appearance or sexual orientation.

The aid organisation "plan:g - Partnership for Global Health" says it stands for the planned opening of access to the health system. The "g" in the name refers to health, but also to the fact "that 'Plan A' (i.e. the ruthless exploitation of creation and human beings) has not worked". The Amazone association counsels girls and young women as well as "inter*, trans* and non-binary young people

This project is co-financed by the Austrian Development Agency (ADA), the province of Vorarlberg and the Province of Tyrol and is implemented together with the Amazone association. Gender stereotypical body images are omnipresent in advertising and media, and their presence reaches a new dimension through social media. Not only in Austria, but also in many countries of the Global South, predominantly one-dimensional ideals of beauty are transported, which are shaped by sexist and racist stereotypes. These images impose norms on young people - and especially girls* and young women* - and create pressure to conform to these (role) images, on the one hand by adapting or optimising their bodies, and on the other hand through gender-specific behaviour. Many people around the world suffer from the often Western-colonial beauty ideals of white skin, light hair, slim and/or muscular bodies. Consequences and consequences are manifold, also in Austria: excessive activities for body optimisation (sports & fitness as well as aesthetic surgery), eating disorders (anorexia, bulimia, orthorexia), auto-aggression, consumerism, mobbing and violence, but also racisms, sexisms and bodyisms. The need for support and empowerment for an independent, unconventional self-image is increasingly articulated by many young people - especially girls* and young women. But also those working in education and youth work as well as multipliers in the health sector are increasingly asking for awareness-raising work on these issues. The project takes up this need and tries to find initial answers.