Irritation over sculptures made of bones in church. The local newspaper writes of "astonishment and sometimes horror" among some conservative Catholics. The Diocese of Fulda, which is responsible for Kassel, on the other hand, welcomed the opportunity for a meeting of cultures through the show. 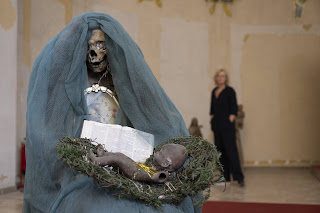 According to a media report, more works of art are causing discussion at the documenta in Kassel. The new case concerns sculptures by the artist collective, Atis Rezistans from the Caribbean state of Haiti, which are on display in the Catholic Church of St Kunigundis in Kassel.

According to a report in the "Hessische/Niedersächsische Allgemeine" on Wednesday, the works, which are made of metal, scrap metal and human skulls and bones, are met with applause from visitors and connoisseurs, but also with irritation.

The exhibition moves people in different ways, the Diocese told the Deutsche Presse-Agentur. "There are also people who are provoked by this form of exhibition or who perceive it with alienation. The spiritual traditions and images from Haiti may seem strange to some visitors at first. But it is precisely the pictorial treatment of death that has direct parallels and correspondences in the Catholic, Baroque tradition. For example, in the form of a realistic skeleton in Fulda Cathedral or the handling of display relics in various churches." (Cathcon- your soul won't get far venerating these unholy images in contrast to the reliquaries of St Boniface and St Valentine conserved in the Cathedral at Fulda) 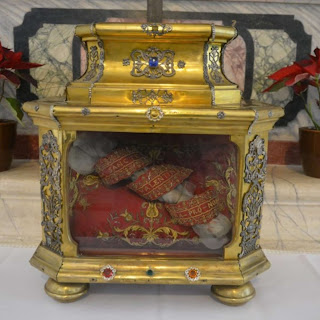 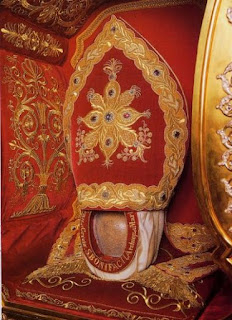 The Diocese further explained: "In the Caribbean world, the attention to detail in dealing with these motifs is often more intense than in our cultural circle. The encounter of both now happens in the church space." The Diocese welcomes the opening of the church for such an encounter. "The Haitian artists behave very respectfully in the church space and are in constant direct exchange with the representatives of the church community." 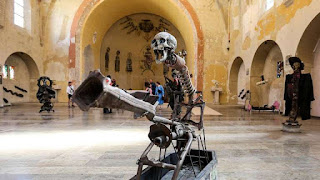 Father Martin Gies from the Parish of St. Anthony, to which the church belongs, explained, "At first glance, the morbid-looking sculptures have caused irritation and sometimes even horror among some viewers. "In contrast, the reaction to the exhibition has been very positive in the overwhelming majority of cases."

The works have already been on display for several weeks in the church room, which was shut down for renovation work. According to Gies, the artists' collective had shown great interest in being able to exhibit the sculptures there "because their artworks are influenced by their Christian faith, which also incorporates traditions of the Voodoo religion".

Discussions have long accompanied documenta fifteen - these revolve around accusations of anti-Semitism. Several works have been criticised as hostile to Jews.

(Cathcon: the same group put on a vile anti-semitic exhibition in Berlin which almost cost the Culture Minister her job- so a bit more than accusations.  What is the Church thinking of collaborating with them?  Why?) 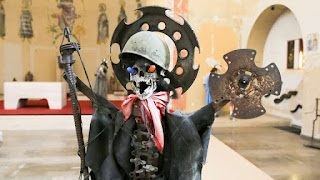 More pictures from the exhibitions

The Church was closed three years ago as there was serious damage that made it unsafe.   Now seems safe enough for this decadence and an opportunity for the Diocese to say how very open-minded they are.