Bishop replaces Stations of the Cross with his own modern art

A war correspondent of a different kind

An exhibition at the Church of St. John the Evangelist in Vienna, cared for by the Steyler Missionaries, shows photographic work by Innsbruck Bishop Hermann Glettler. 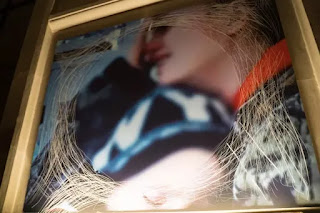 16 photographic works by the Diocesan Bishop of Innsbruck, Hermann Glettler, are on display until the end of August in the church of St. Johann Evangelist on Keplerplatz in Vienna-Favoriten, which is looked after by the Steyler Missionaries. For his "war reporting of a different kind", the Bishop took mobile phone pictures of the latest news, ZIB 2 and other broadcast formats - They are "raw, fleeting photographic documents since the outbreak of the war in Ukraine, an attempt to capture the nervous media images", as it says in a press release. The exhibition is titled "This is my body", which echoes Jesus' words at the Last Supper.

"We are very proud that Bishop Glettler created the artwork especially for our chapel," says a delighted Father Matthias Felber SVD of the Parish of the Divine Word. "The photographs were deliberately used to hang over the existing 16 Stations of the Cross." The exhibition opened on 10 June as part of the Long Night of the Churches and is freely accessible daily during church opening hours from 8am to 7pm. "On 28 August, Bishop Glettler will celebrate Sunday Mass with us. At the exhibition party in the afternoon there will be the opportunity to meet the artist," Father Felber announces.

Bishop Hermann Glettler's photographic works were used to hang over the 16 Stations of the Cross in the Church of St. John the Evangelist in Vienna-Favoriten. 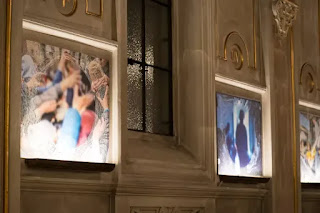 "This is my body"

In the run-up to the opening of the exhibition, the trained art historian and artistically-active bishop described the background of this unusual processing of disturbing war events in personal words: "Comprehension does not work. Probably embarrassment and helplessness, so as not to fall into the trap of habituation. Or to turn off, to switch off." In addition to feelings of horror, grief and anger, according to the Bishop, "a little prayer was also mixed into this nightly gathering of images of devastation and destruction. Lament. Maybe just a personal exercise to not lose the consternation. Not crying either."

In the face of the many bodies "cared for and disposed of" in war, he said, the familiar Jesus phrase "This is my body!" came to mind. Christ identifies with all people, especially with those who are oppressed and maltreated, the Bishop pointed out. Thus, in view of the war-wounded, rejected body, the question of the transfigured body also arises: "The body of Christ?"

For Fr Matthias Felber, seeing the body of Christ in the maltreated and war-torn people has consequences for the viewer: "This can look different for everyone: "Praying, pondering and reflecting, weeping, but also speaking out against violence, taking a political stand and actively helping". The exhibition could also be a contribution against forgetting the war in Ukraine. 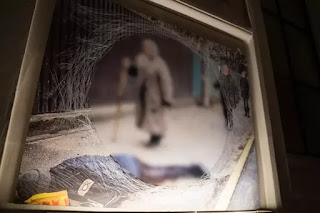 "This is my body!": The maltreated human being, scarred by war, becomes the body of Christ

Scratching as a form of mourning

The artist Hermann Glettler, who has been exhibiting his work since the 1990s, has subsequently processed the raw pictorial material, partially cropped it, superimposed it and added a discreetly veiling opaque pane. The geometric disc is a "corrective for the unbearable image formation", Glettler explained. "It is an attempt to exercise discretion. No voyeurism with misery." After all, "those who view are not innocent either." Another special feature of the creation process: the photographs were scratched with tools and nails in Vienna with the involvement of young people, including refugees from Ukraine. "A personal form of mourning, a necessary defence and appropriation of what is depicted at the same time," Glettler explained 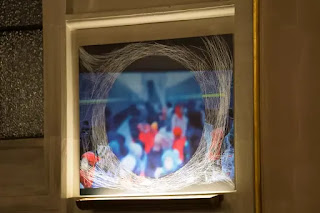 Form of mourning: Young refugees from Ukraine scratched the photos with tools and nails

Art as a path to God

Hermann Glettler, born in Übelbach in Styria in 1965, sees himself not only as a priest and bishop, but also as an art mediator who wants to rebuild trust between the Church and today's creative artists. He already attracted public attention with this from 1999 to 2016 as Parish priest in Graz St. Andrä, which he turned into a focal point for the encounter of contemporary art and Christian faith. In early December 2020, Glettler created a photo series on the island of Lesbos during a visit to the refugee camp there, which he exhibited under the title "Wasted Lives".

What the future Bishop did to one of the altars. 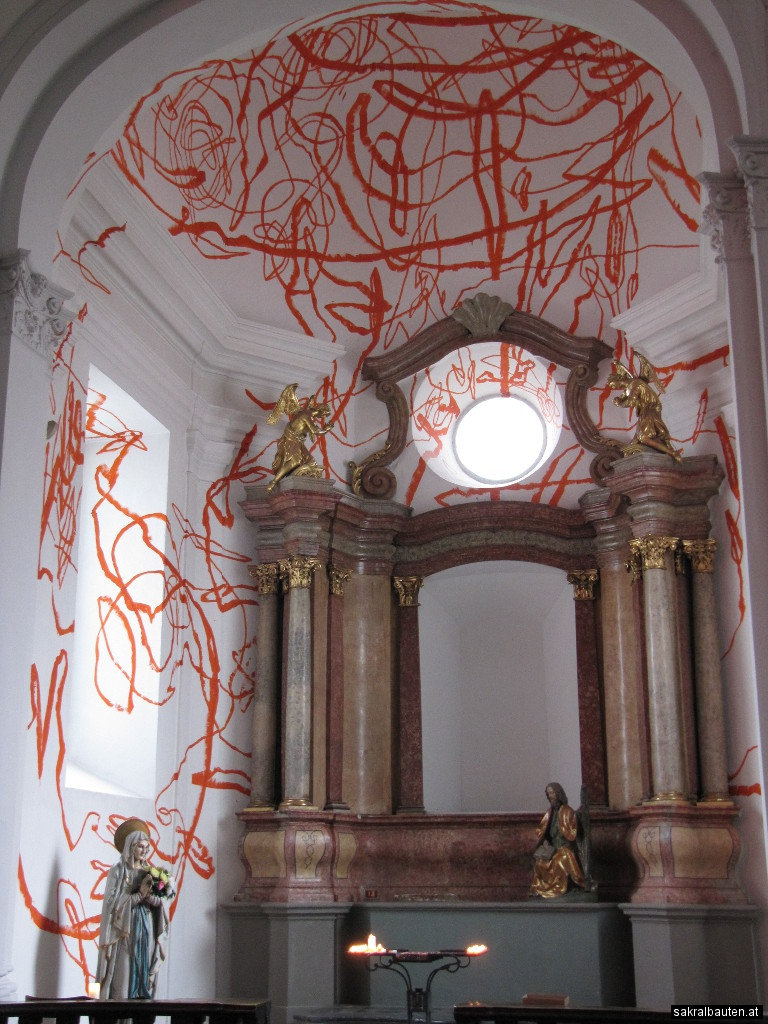 The Stations of the Cross that have been replaced.  Please scroll right to see them all. 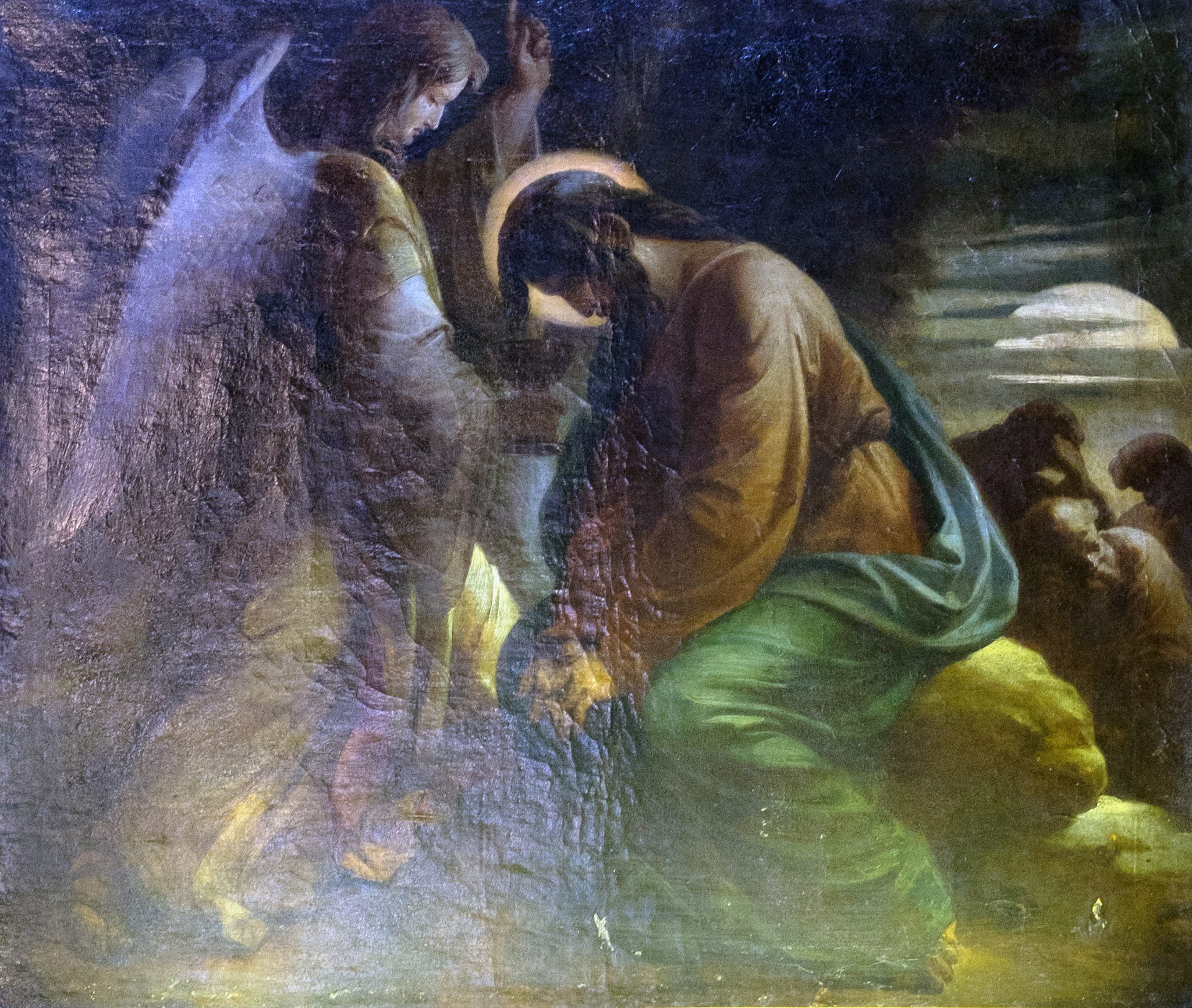 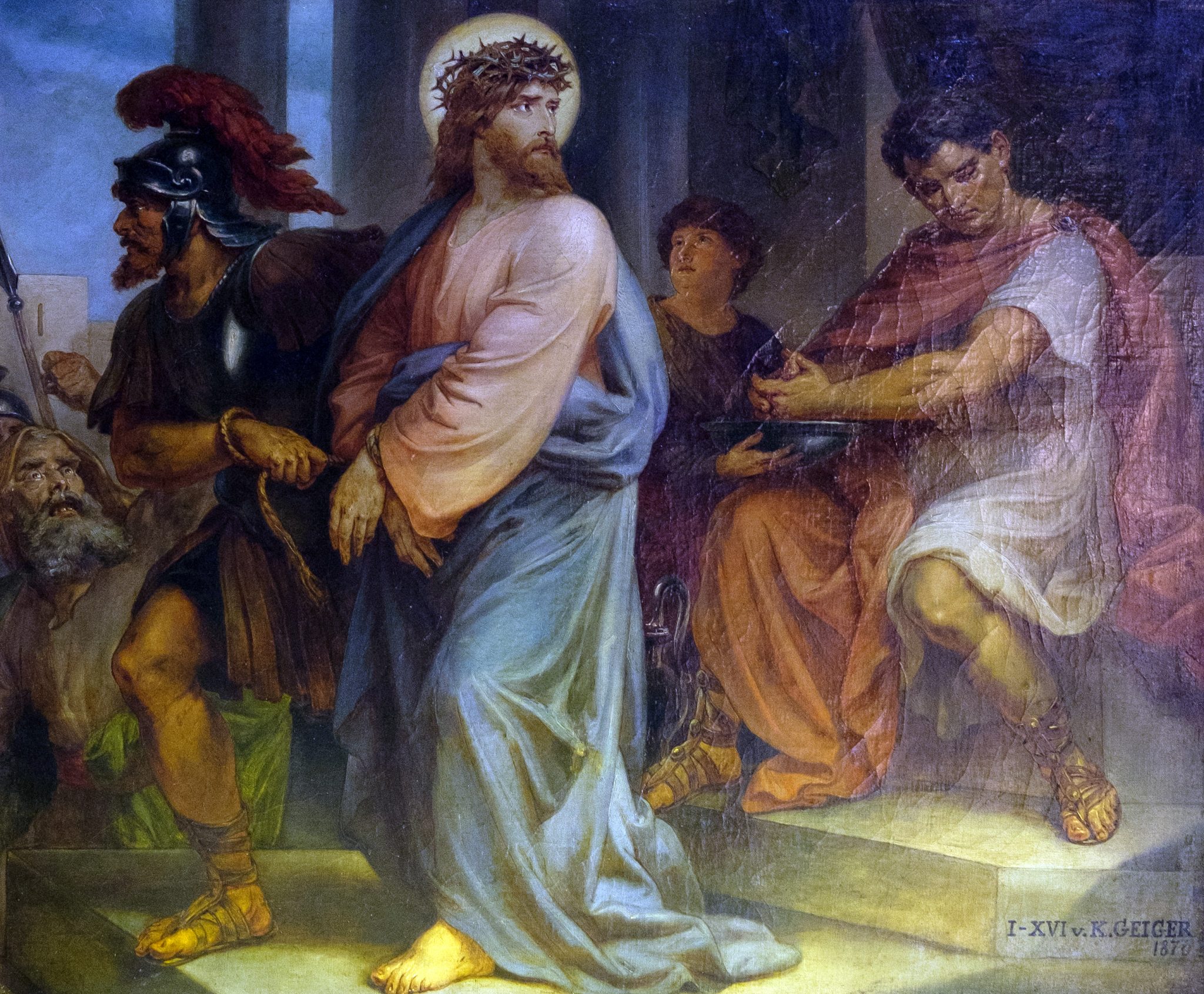 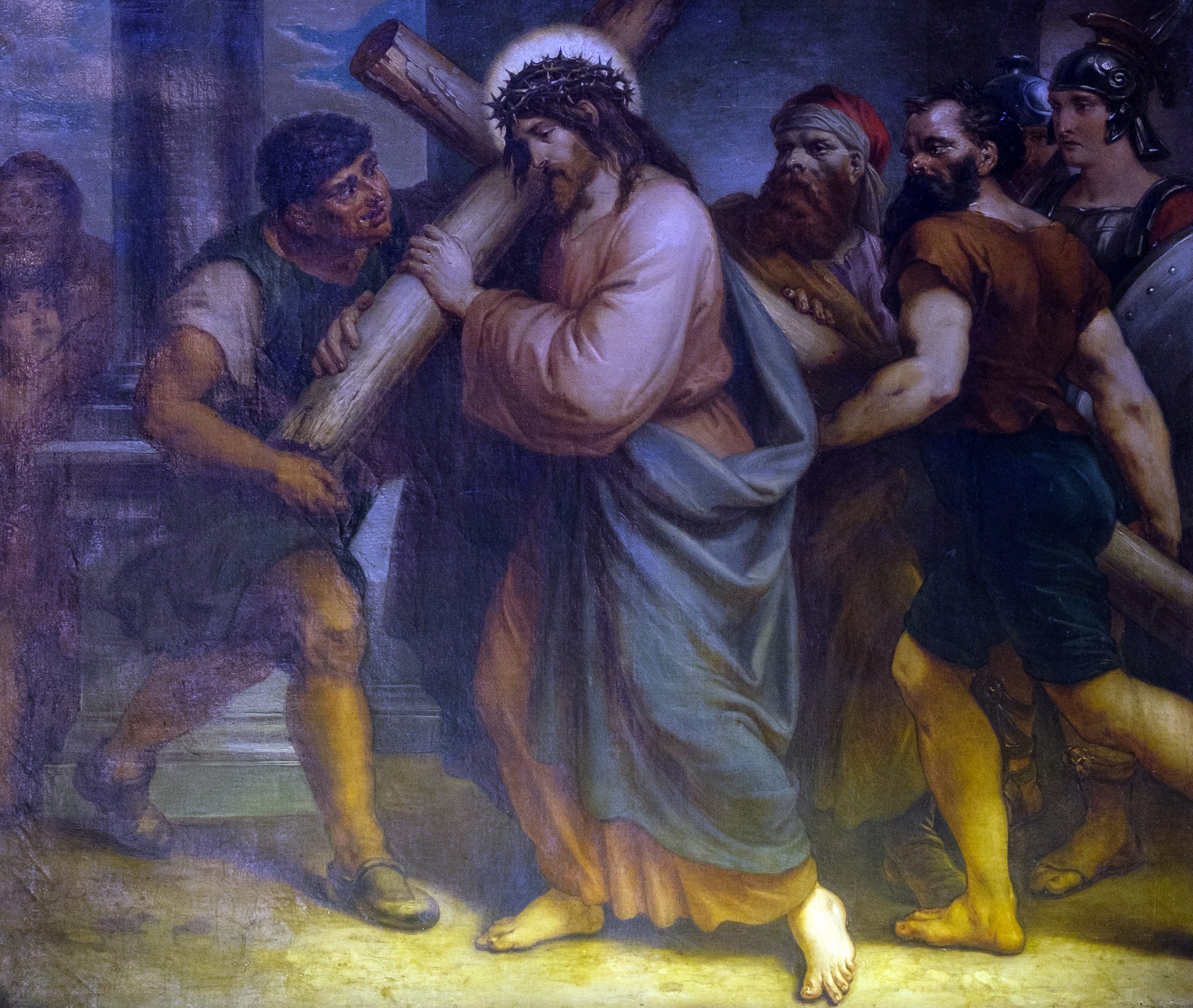 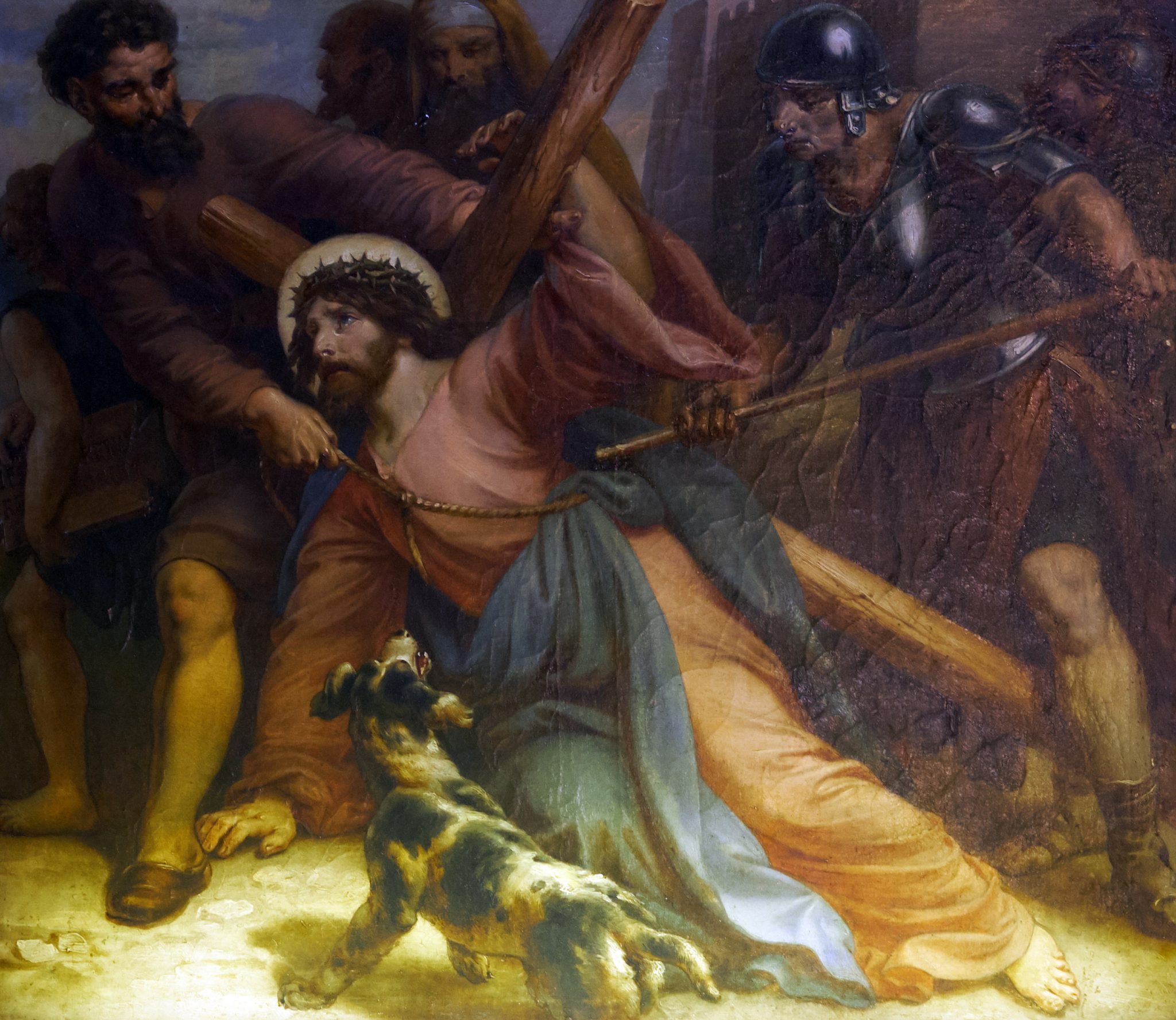 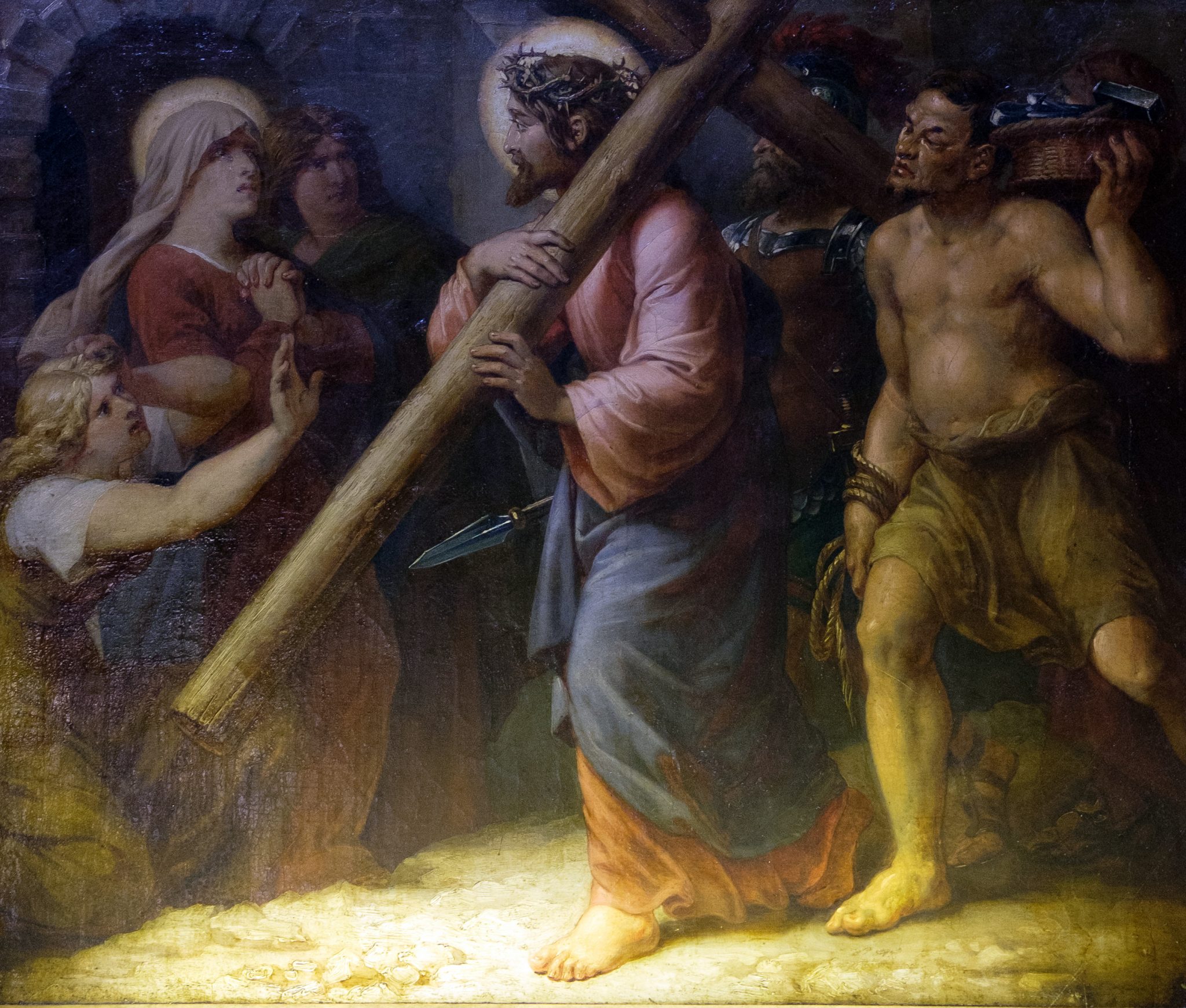 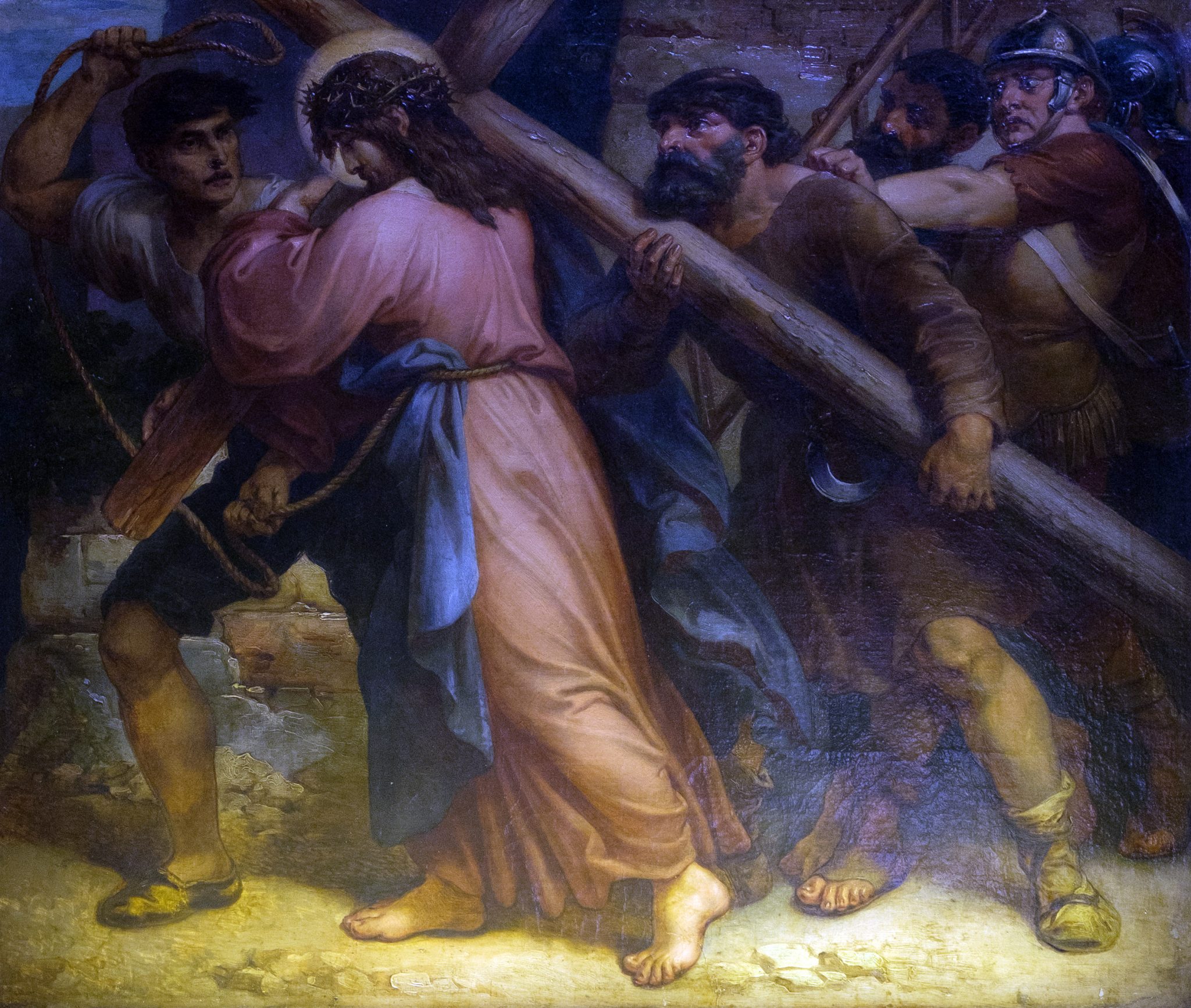 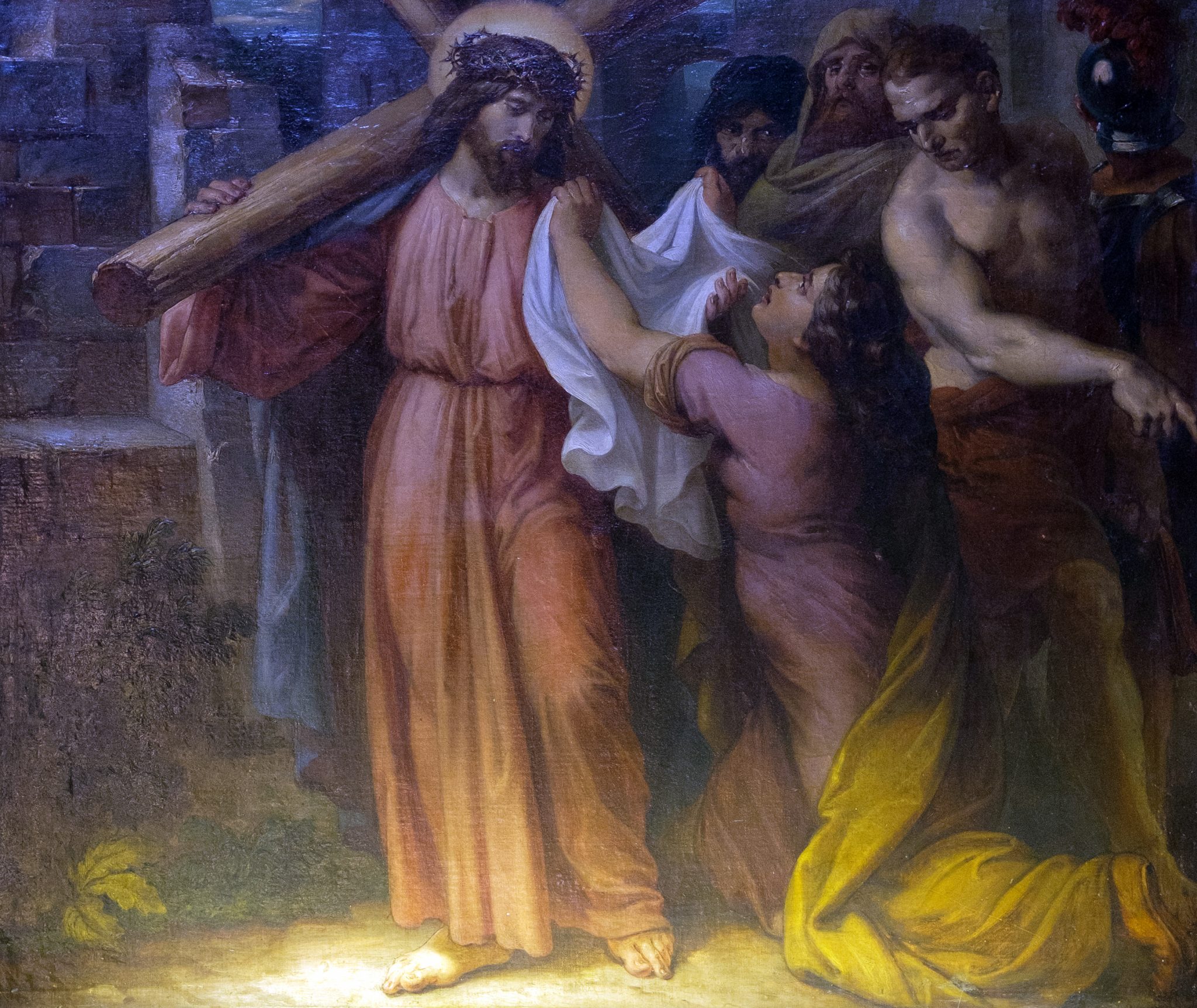 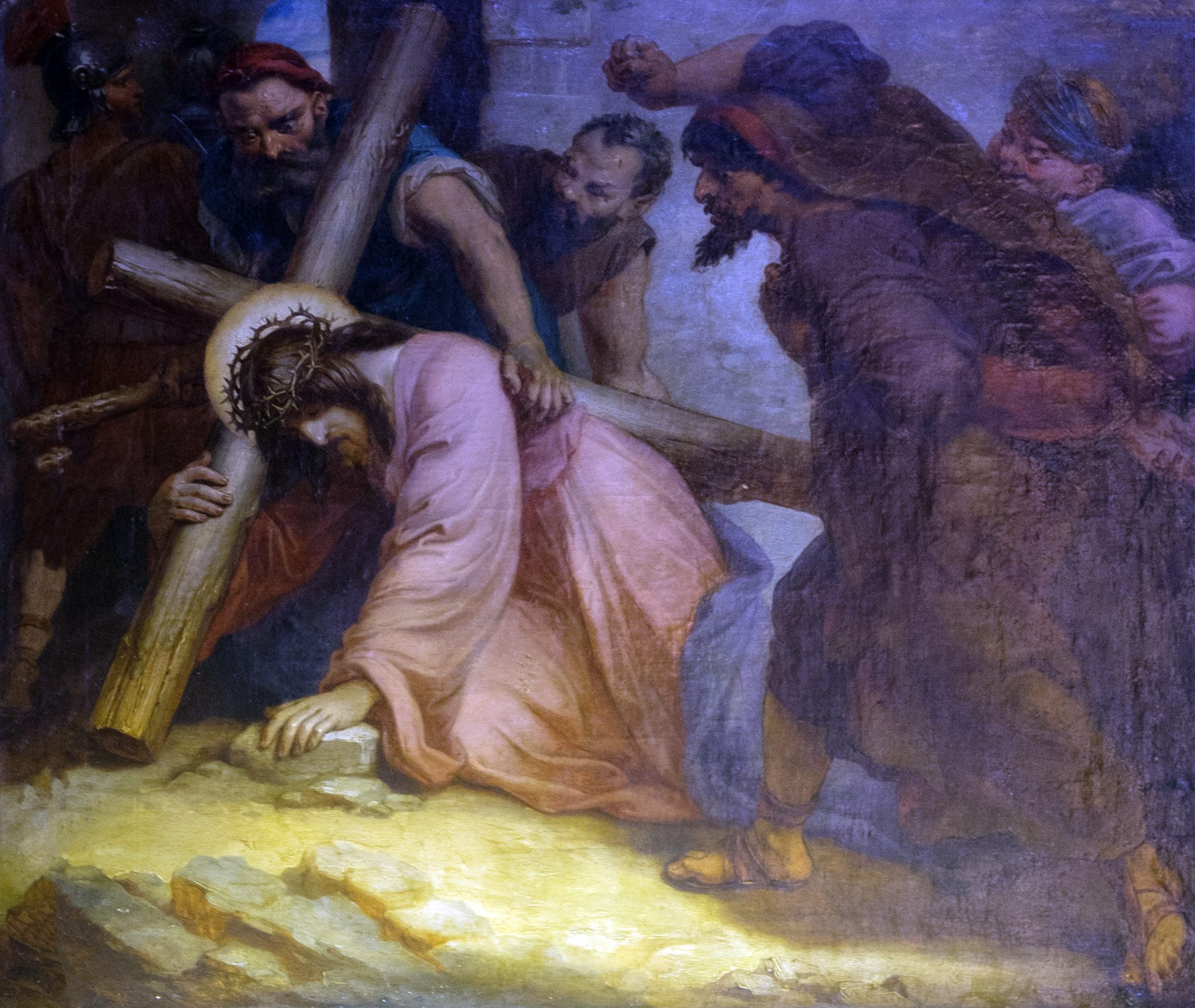 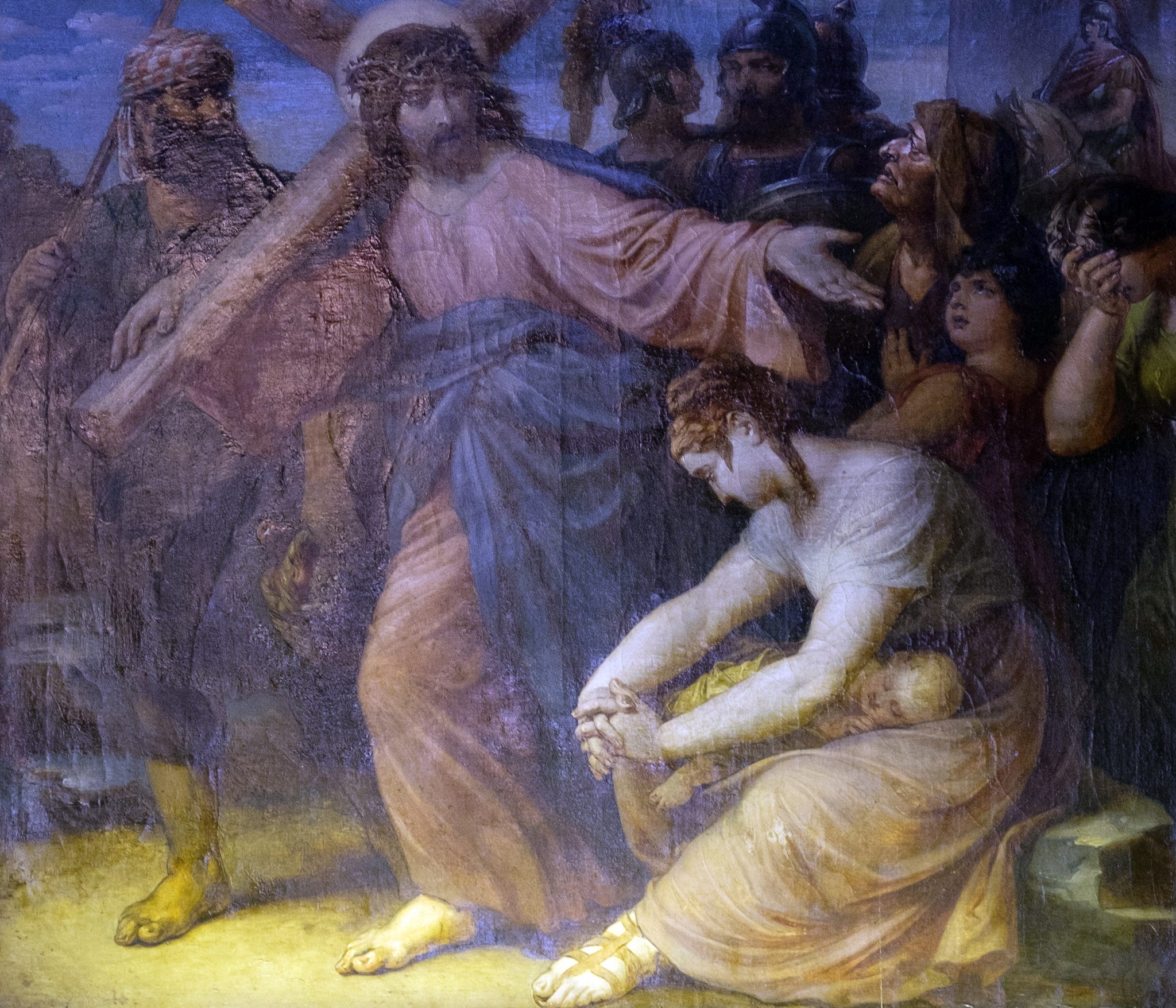 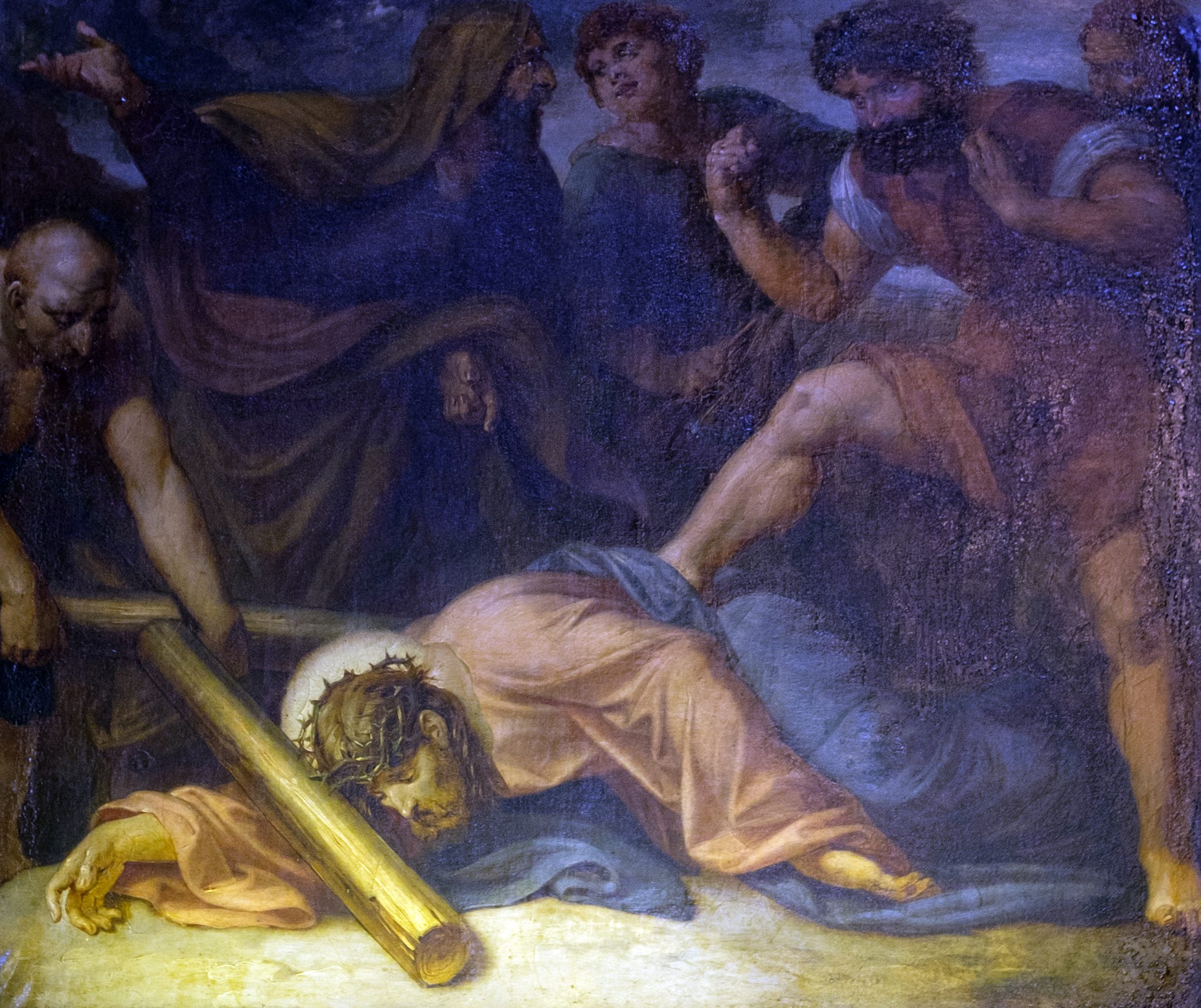 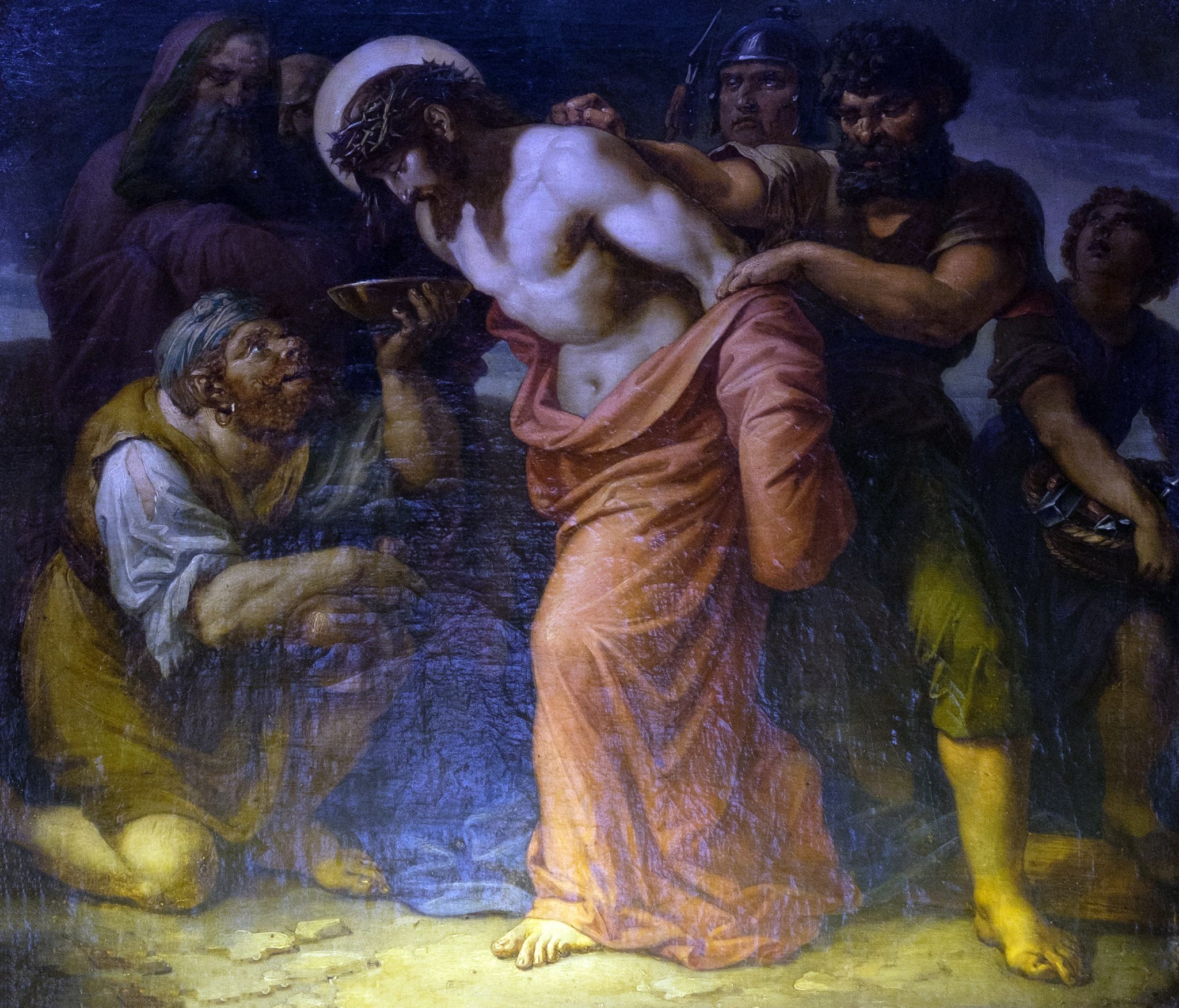 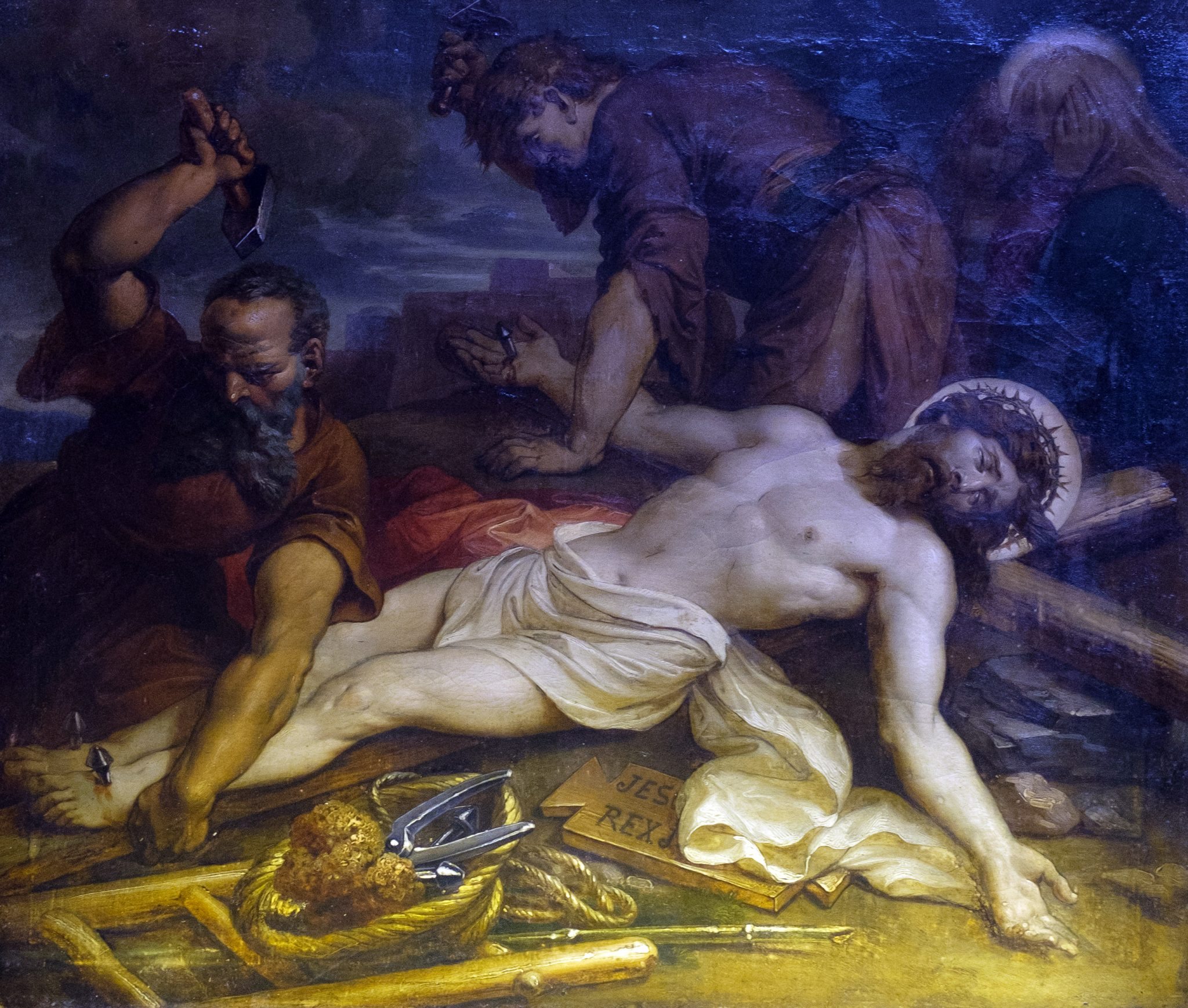 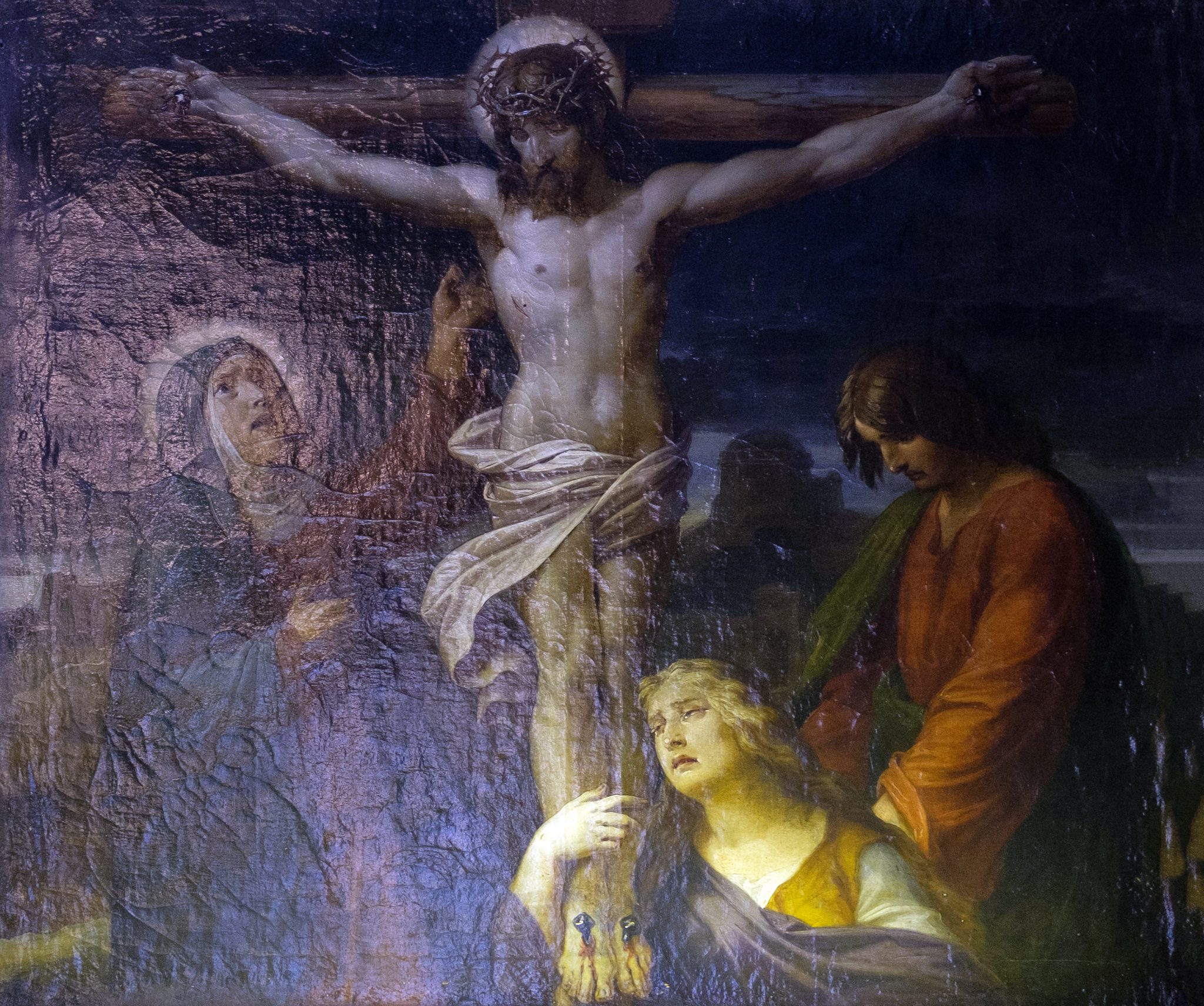 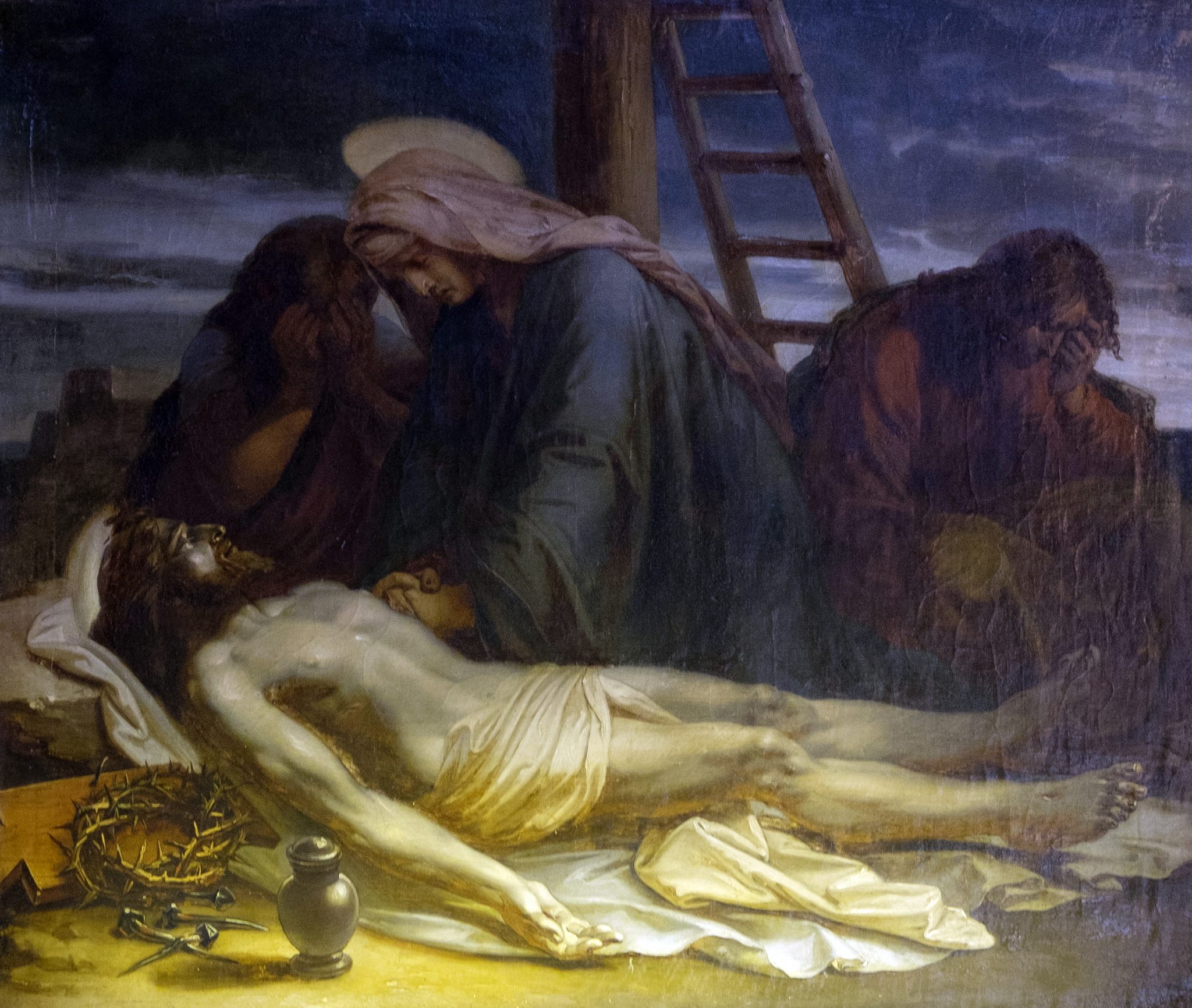 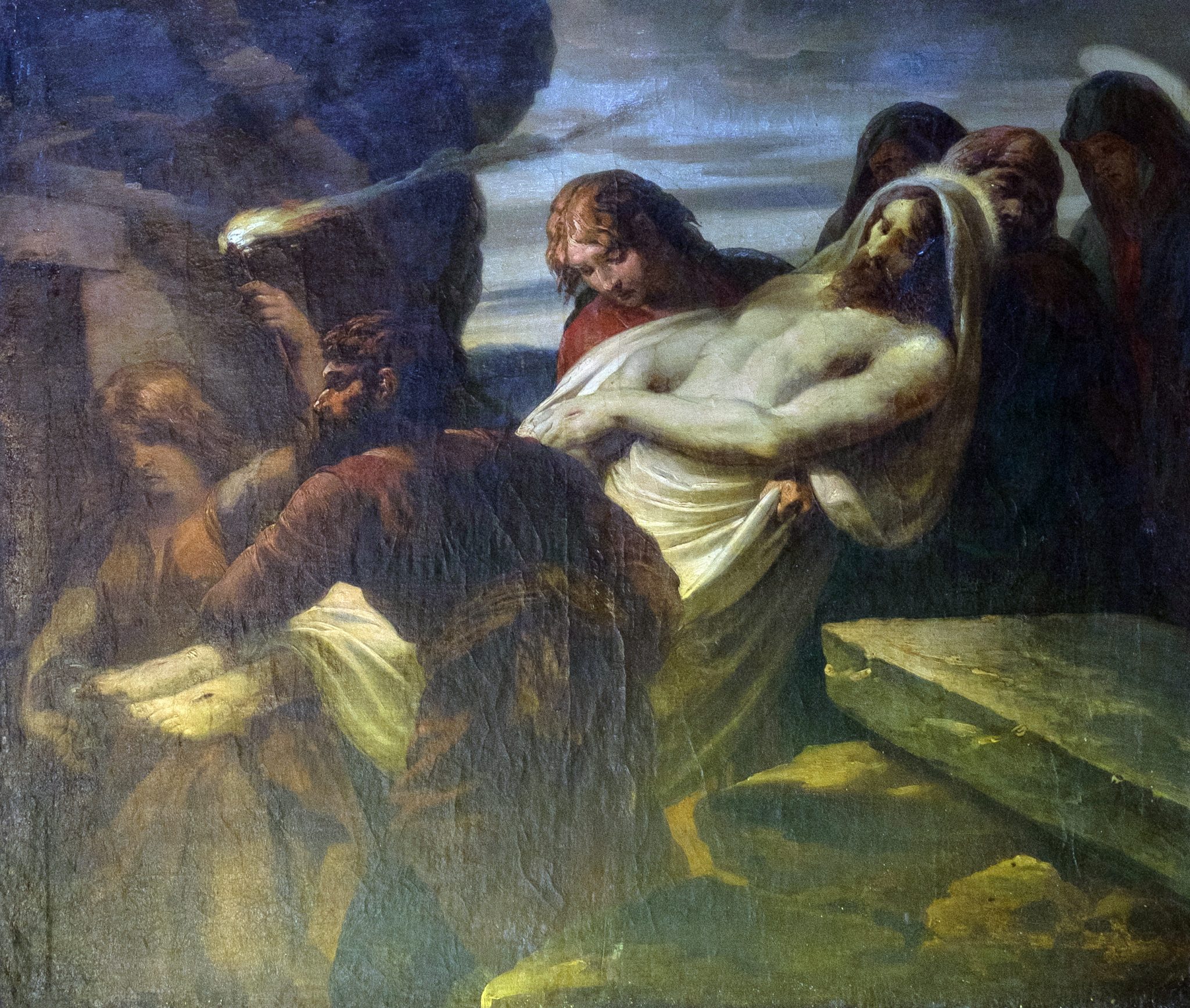 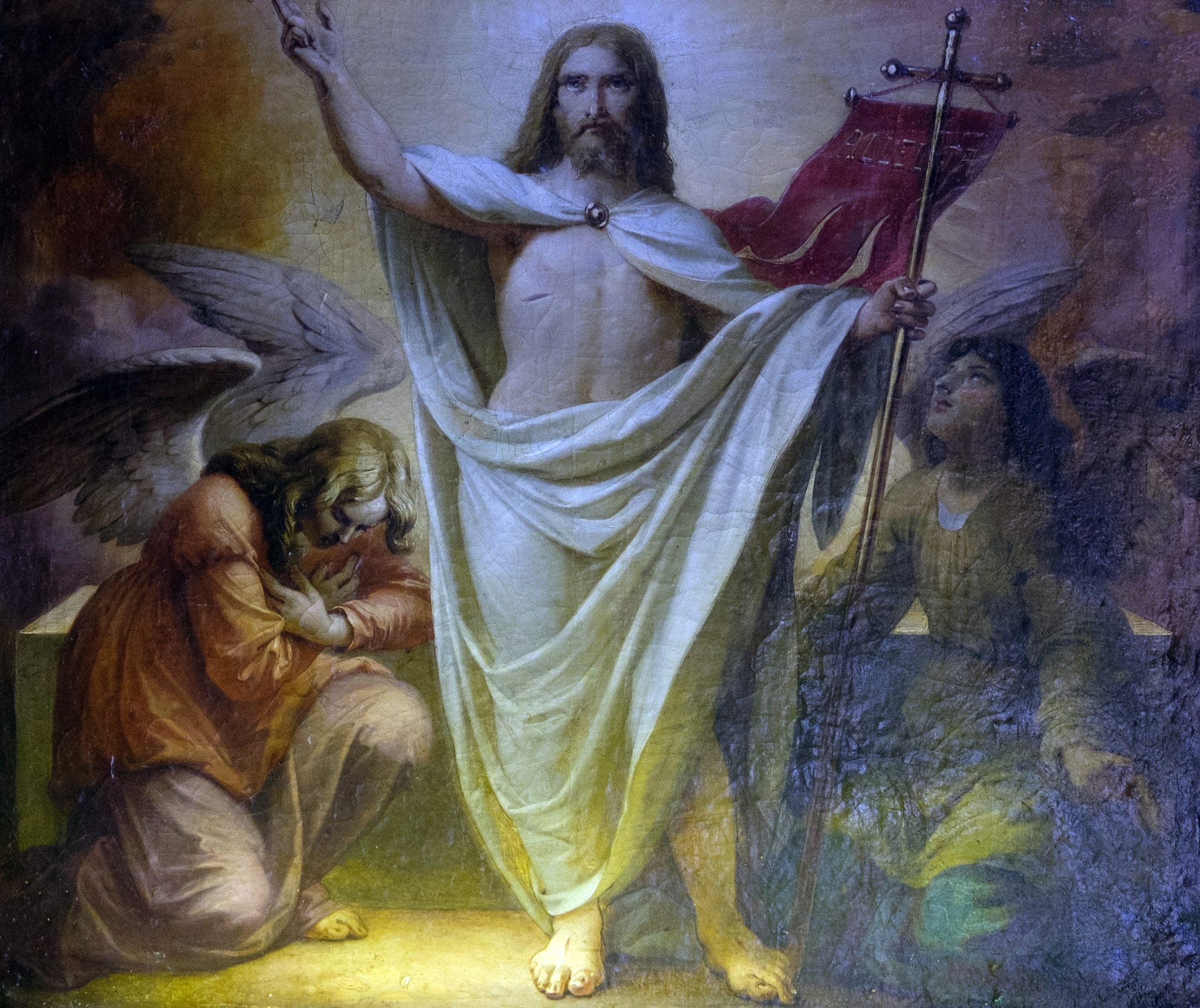