Did Cardinal Woelki exploit abuse victims according to a 'script'?

Did Woelki exploit abuse victims according to 'script'?

In 2020, Cardinal Woelki decided not to publish a long-announced expert report on how diocesan officials deal with allegations of child sexual abuse.

Did Cardinal Rainer Maria Woelki instrumentalise victims of sexual abuse according to a "script" written by PR experts? That is the question that is currently much discussed in Germany's largest diocese, Cologne. 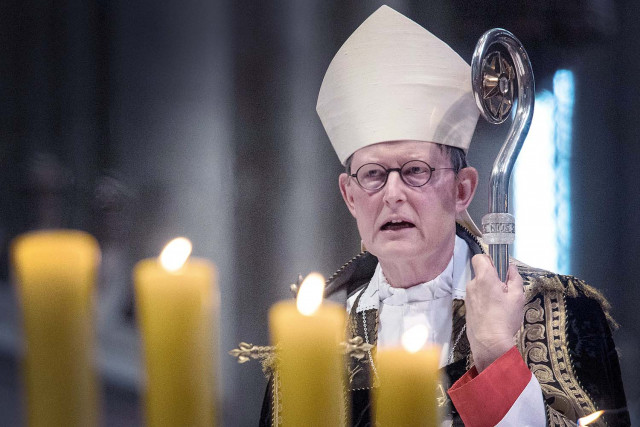 And this is what it is all about: In 2020, Woelki had decided not to publish a long-announced expert report on how diocesan officials deal with allegations of child sexual abuse. He cited legal reasons for this and commissioned a new expert opinion instead. The decision was highly controversial and drew massive criticism. After all, the Archdiocese's Advisory Board for the victims initially supported Woelki's action. Then, however, the two spokespersons of the Advisory Board, Patrick Bauer and Karl Haucke, distanced themselves from it, resigned from their posts and accused Woelki of "renewed abuse of victims of abuse". "We were completely stampeded," Bauer said at the time.

Last week, the "Kölner Stadt-Anzeiger" revealed that Woelki's actions were apparently based on the recommendation of a communications agency. According to the report, the PR strategists had advised him to get the Advisory Board on his side because this would strengthen his position. It was already known that Woelki had paid 820,000 euros for PR advice - even though the Archdiocese itself has a large media department. Woelki initially declined to comment on the report in the "Kölner Stadt-Anzeiger". Only when the criticism continued to swell and three Deacons - regional heads - demanded an explanation, did something happen. Not Woelki himself, but at least his deputy, Vicar General, Guido Assmann, spoke up. His message: the press is once again blowing things out of proportion.

It was true that the archbishop had used the services of a communications agency at the time, and of course they had "worked for their money" and "developed scenarios". But that does not mean that the Archbishop implemented all these proposals. No pressure was exerted on the members of the Advisory Board before their vote. "The aim was never to encourage them to vote in a certain way," Assmann assured. If this was later seen differently in some cases, it only showed "that we have to become even more sensitive in dealing with the victims". But all this was really not a "huge scandal", even if some media portrayed it that way.

Patrick Bauer, one of the spokespersons for the Advisory Board who resigned at the time, sees things somewhat differently. He was "incensed and angry" about Assmann's statement, Bauer told the Deutsche Presse-Agentur on Thursday. The point was that the Archdiocese's course of action had obviously been decided from the outset and that Woelki had only wanted to get the blessing of the victims. This was done with the aim of making himself look better in the public eye - as his PR strategists had recommended.

Bauer is particularly annoyed that Assmann says in his statement that people should talk to each other and not about each other. "Since November 2020, neither Cardinal Woelki nor the then Vicar General nor anyone from the communications department has talked to me," Bauer said. "I expect them to apologise to me for all this and that has not happened to date."

Bonn's top Catholic, City Dean Wolfgang Picken, explicitly discusses the media: "It is the experience of the last few years that without the educational work of the media and a critical debate in the public, there would be no sufficient transparency about abuse in the Church and also no successful prevention." Instead of media criticism, self-criticism on the part of the Archdiocese is more appropriate.