Cathedral priest Anton "Toni" Faber: "I disagree with the Cardinal".

With a remarkable balancing act between the personified devil and opposition to Pope and Archbishop.

It is a special day for the cathedral priest of St. Stephen's Church in Vienna. He doesn't let on. We got him a cake with a candle - despite all the journalistic distance. Toni Faber was a guest at Club 3 last Friday and celebrated his 60th birthday on that very day. What do you expect from the clergyman with an affinity for "Seitenblicke" when he is invited to the TV format of profil, Kurier and Kronen Zeitung, which tends to be highly political? Incense-heavy platitudes? Tales from his quarter of a century in the service of one of the most important places of worship in the world?  Criticism of the powerful of the world and the Church? 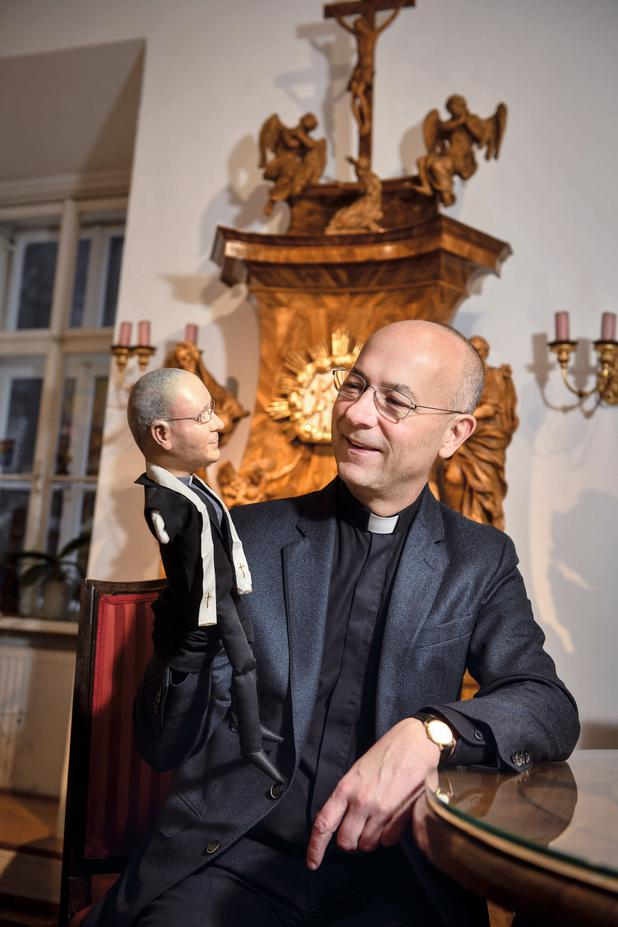 Even the seemingly superficial "who-meets-who" aspect holds deep insights. Faber describes a meeting with the Moscow Patriarch during his visit to Vienna. He recounts that he was unmistakably urged by Kirill "to appear at the airport in splendid regalia as if it were Fasching". Kirill's interest was in the "ski season and heli-skiing in the Caucasus" and the desire to "sit ten centimetres higher" than Cardinal Schönborn. What does he say about the windless words of Pope Francis after his telephone conversation with Kirill, who had previously defended Russia's war of aggression several times? "I was very disappointed by the Pope's press statement."

How does Faber feel about the Ukraine war and refugees? He is a "boundless optimist", believes in "moving together and civil society", states in the willingness to help, unlike in 2015, "the immediate neighbourhood, cultural and religious common ground". Has the Chancellor's party, the Austrian People's Party (ÖVP), rethought its policy on foreigners? "I tried for an hour to convince Sebastian Kurz at that time." Obviously unsuccessfully. "Now the language has changed completely. There are suddenly completely different tones." In view of the war, does he believe in evil, even in a personified devil? "That can only be the power of evil. There is the devil. I have only seen him in dreams. But he does exist." In the Catholic Church, of course, even a tyrant like Putin would be forgiven for everything by confession? "As Christians, we don't write off even the biggest criminals.

In theological questions, the cathedral priest has not necessarily arrived in the liberal mainstream of the 21st century. In questions of the official church, on the other hand, he proves to be progressive to the point of disobedience. On vaccination, for example, he is "confronted with conservative forces in the church, in the innermost circle, who claim adventurous, scientifically unfounded things". Criticism of his art actions in the cathedral bounce off him. So he reveals "a little secret": that he is planning "certainly a very discursive art project" with the controversial painter Gottfried Helnwein.

Same-sex church marriage? "I had thought I would see it through to my 60th birthday. Now we have to wait a little longer." And finally, the equality of women in the Catholic Church through ordination to the priesthood, which Cardinal Schönborn had ruled out in Club 3 before Christmas. Faber: "Here I have a completely different opinion from the Cardinal, I disagree. We have already come a long way towards the ordination of women as deacons and later as priests.