The Catholic Media Prize 2022 goes to contributions on the topics of homosexuality, abuse of power, consequences of the Holocaust and animal protection. The main prize of 5,000 euros will be awarded to the team of authors Hajo Seppelt, Katharina Kühn, Marc Rosenthal and Peter Wozny in the television category for the documentary "Wie Gott uns schuf - Coming-out in der Katholischen Kirche" (How God Created Us - Coming Out in the Catholic Church) commissioned by rbb/SWR/NDR, as announced by the Catholic German Bishops' Conference in Bonn on Tuesday. The chairman of the German Bishops' Conference's journalistic commission, Cardinal Reinhard Marx, will award the media prize at the Catholic Media Congress on 3 November at 6.30 p.m. in the LVR-Landesmuseum Bonn. 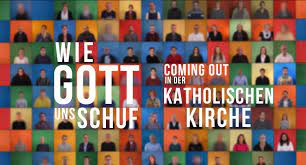 The media prize in the radio category, endowed with 2,500 euros, will go to Britta Rotsch for the programme "Der rosa Elefant im Klassenraum - Machtmissbrauch in der Schule" (The pink elephant in the classroom - abuse of power at school), which was broadcast by Deutschlandfunk Kultur. In the print category, the prize of 2,500 euros goes to Tobias Scharnagl for his article "Mein Zuhause ist Deutschland, trotz allem" (My home is Germany, despite everything) published in the weekly newspaper "Die Zeit". In his article, Scharnagl asks how and why people of Jewish faith whose families were persecuted in the Holocaust live in Germany, the country of the perpetrators.

Anja Krug-Metzinger was awarded the non-endowed Special Prize of the Jury for the Arte contribution "Apes - A Story of Feeling and Spirit". No prize was awarded in the Internet category. A total of 173 entries were submitted for the Catholic Media Prize. In 2021, there had been 214 submissions, it said.

The Catholic Media Prize has been awarded annually since 2003 by the German Bishops' Conference together with the Society of Catholic Publicists (GKP) and the Catholic Media Association (KM.). According to the information provided, the prize is awarded to contributions that "promote orientation towards Christian values as well as understanding of people and social contexts, strengthen the humanitarian and social sense of responsibility and contribute to the coexistence of different communities, religions, cultures and individuals".