The former "Minister for Ecumenism of the Pope," Cardinal Walter Kasper, has welcomed the Papal document, "Amoris laetitia". The document on marriage and family represents an open position and contributes to integration into the church. In Pope Francis, Kasper sees a ray of hope for Europe. 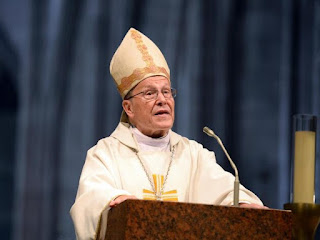 Emeritus Cardinal Walter Kasper acknowledged the Pope's message to marriage and the family as a "remarkable document". "Amoris laetitia" draws a very realistic picture of family with firm foundations and not an abstract ideal, he told the Catholic News Agency. The Pope expresses himself in a very biblical and pastoral manner, but not in a didactic way according to Kasper. The letter will give important information on the pastoral care and support of marriage in the German church. "Since we are partly still a developing country," the former president of the Pontifical Council for Promoting Christian Unity said.
According to Kasper the document represents an open position with which the bishops could well work in the Federal Republic. On dealing with divorced and remarried who are excluded, according to Catholic doctrine, from communion, the Cardinal said: "There are openings there, clearly." The Pope deals with the integration of these people into the life of the parish.
The Pope's letter was presented on Friday at the Vatican summarizing the deliberations of the World Synod of Bishops on Marriage and Family in 2014 and 2015. Francis calls in for more respect by the Catholic Church for the conscience of the individual in moral issues. In addition, a careful examination of the case and a balancing of interests is always necessary. At the same time Francis strengthens the role of local churches and individual bishops, to whom he concedes more autonomy and room for interpretation in the application of the Church's teaching.
Pope Francis as a beacon of hope for Europe
Kasper sees Pope Francis a beacon of hope for Europe. The continent in a state of crisis does not need new barbed wire fences, but a vision and a voice that could rekindle the fire of the European idea, he said. Pope Francis is one of the few such voices, "perhaps the only". According to Kasper, the Pope is aware of his responsibility for Europe and the continent. Therefore, he has, contrary to his dislike of awards, this year’s Charlemagne Prize. At the awards ceremony on May 6 in Rome, words are expected from the Pope both of encouragement as well as admonition.
Kasper rejected the criticism that Francis as a Latin American should get the prize who in contrast to his predecessors had little to do with the process of European integration. "Quite the reverse is true," the cardinal stressed. "From the outside, from the periphery, one sees things often more clearly and better." The experiences of Jorge Mario Bergoglio from the megacity of Buenos Aires thus plays a big role in which he had experienced the negative effects of globalization, such as poverty and misery.
Kasper made his statement in the Coronation Hall of Aachen Town Hall. The presentation of the former "Minister for Ecumenism of the Pope" is part of the program for the Charlemagne Prize with around 40 events.
Source