From the Archconservative Blog

Linz also happens apparently in Germany: In a letter in the "Tagespost" the Right Revd Prof. Dr. Giovanni Sala SJ from Munich describes the following experience in the context of the difficult situation of the SSPX in Germany:
"Mrs Magdalena Helfer has described in a letter dated 16 June another case of the real situation of the Church in Germany which will not encourage the members of the SSPX, in trust of Christ who directs his Church and his Vicar on earth, to take the step for which the Pope has selflessly worked and for the many people who pray in unity with him.
At the last Corpus Christi, she took part in the procession in the Parish of Meersburg, Archdiocese of Freiburg. The female Protestant pastor took part in her official dress, who took over after the first station, and at two altars took the lead in the reading, the Gospel and the intercessions with the male words (brother, son, father, Lord) changed into female from. That is, the Catholic belief in the Real Presence of Christ and the adoration from the Church were turned by her (with the consent of the competent Catholic priest?) into a feminist demonstration and propaganda for female priesthood. But this is not quite out of the frame of Catholic Church in Germany, when you consider that for example the so-called "Eucharistic hospitality" is offered to Protestant Christians in more than a few parishes, the responsible bishops remaining silent. In the case of the procession in Meersburg, the competent bishop is the Chairman of the German Bishops' Conference. Is he going to intervene in this serious case? Are there in any case, instances when it suitable for the "Romanus Pontifex" (cf. DS 3065) to blow up the battered bridges. "
Cathcon has photos! 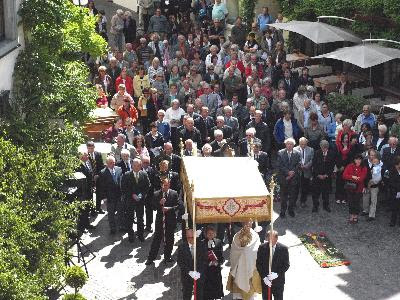 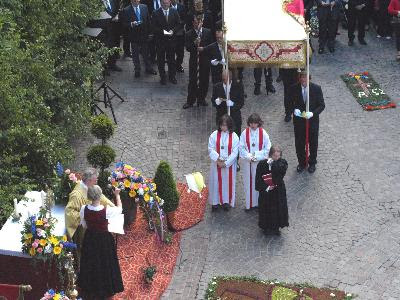 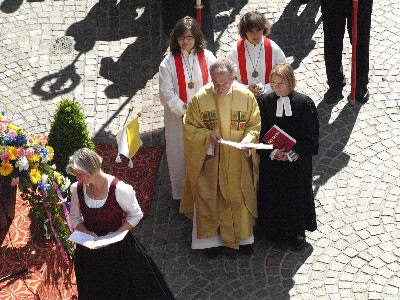 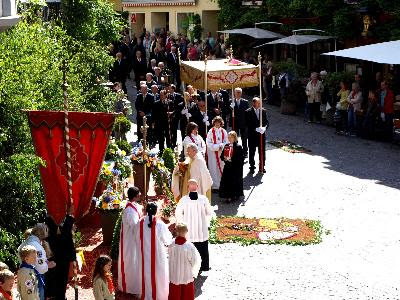 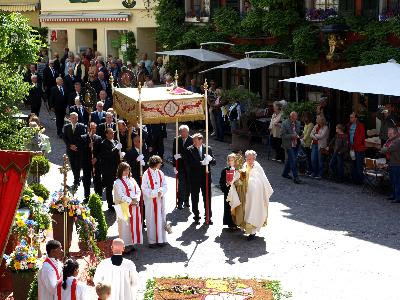 dbo said…
Protestants should STAY AWAY from the Blessed sacrament... FAR.. they have NO RIGHT to be in the Grace of the HOLY CATHOLIC CHURCH.. I say the Pope should EXCOMMUNICATE the Bishop of Linz
7:12 PM

Dan said…
Heretics, Heretics, Heretics.
novus ordeal in Linz has already departed from Holy Mother Church, and these pseudo Catholics are now lutherans.
So, please, heretics of Linz, don't bother us using the term "Catholic" any longer because you are NOT.
Please,pray for the traditionalists in Linz and in Germany. They probably are under great deal of struggle!
8:21 PM