Mass no longer a sacrifice in Austria? 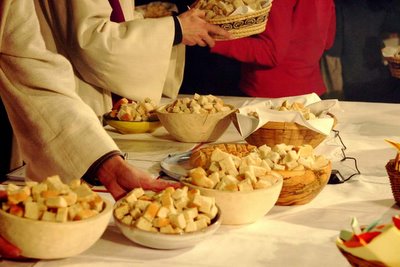 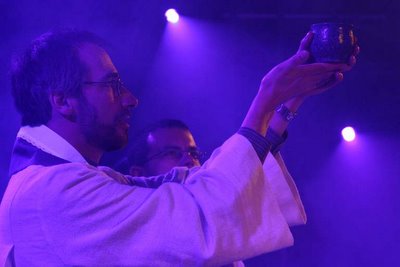 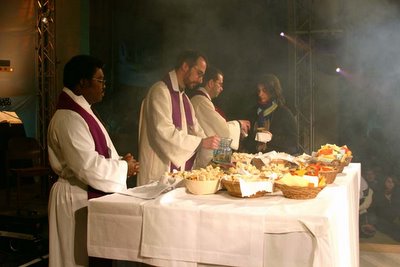 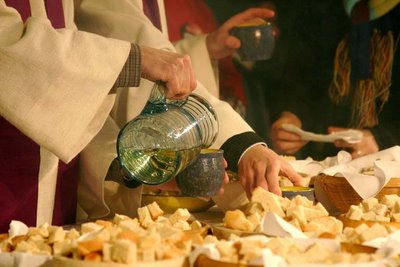 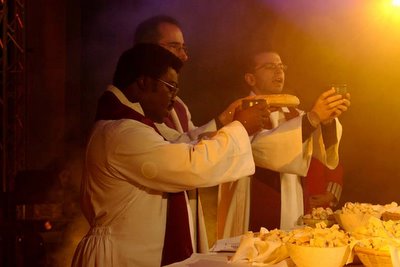 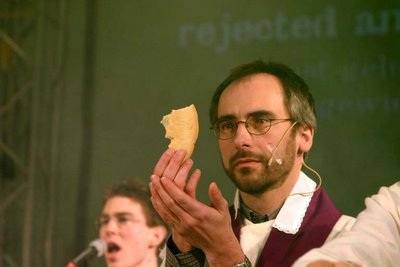 God bless our mouths, so that we can find the correct word.
Words fail. What is the woman in red doing lined up with the priests? This is during the closing blessing!!- as it says on the right of the video projection. 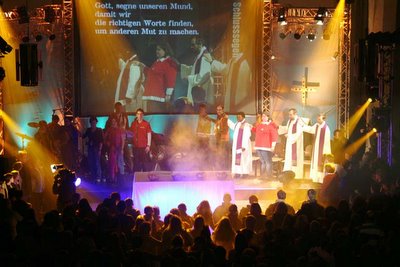 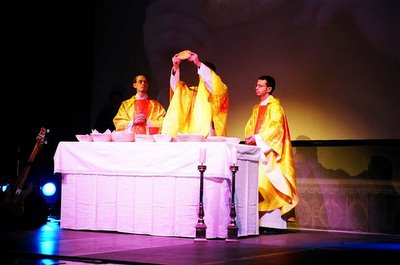 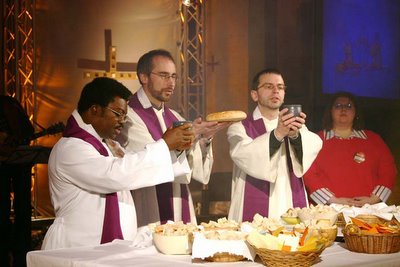 Pope Benedict to the Austrian bishops

"Thanks to the presence of the Risen Lord, we can face reality fearlessly and optimistically, yet without losing our capacity to call things by their name, objectively and without seeking to obscure their real nature."

Taken with the liturgical chaos in the Diocese of Linz, this means that at least two Austrian dioceses are out of control. And has the teaching of Catholic Faith and morals been restored in the Diocese of St Poelten?

The reality which can be seen by all. Unless of course, you're blinkered like these participants in a Viennese youth Mass. 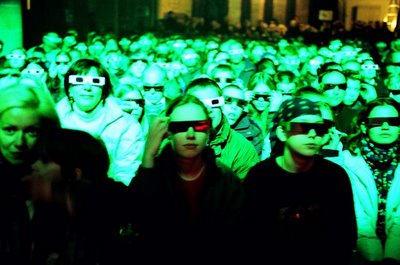