Archbishop Aveline named cardinal: "The reforms of the Church will go as far as it needs to go

On Saturday, in Rome, the Archbishop of Marseille will be named cardinal by Pope Francis. An architect of openness, Archbishop Aveline discusses the challenges facing the Church and the Mediterranean. 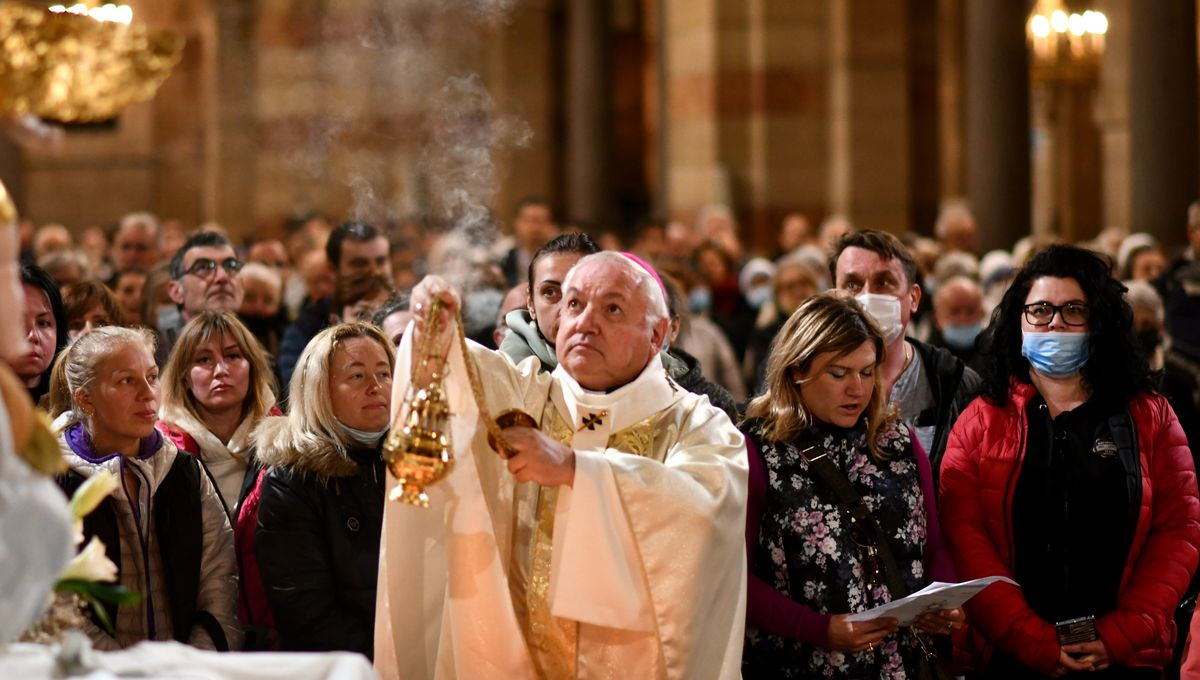 Pope Francis is holding a consistory on Saturday 27 August to name 20 new cardinals, including one Frenchman: Archbishop Jean-Marc Aveline of Marseille.

This Saturday, August 27, in the Vatican, Pope Francis convenes a consistory to proceed with the "creation" of twenty new cardinals. The red biretta and Cardinal's ring will be given to a Frenchman. Jean-Marc Aveline, Archbishop of Marseille, will become the sixth French cardinal and the fifth elector likely to elect a new pope in the event of a conclave. Born in Algeria, from the northern districts of the city of Marseille where he was ordained a priest in 1984, he is renowned for his openness. He is also a fervent promoter of inter-religious dialogue. His interest in the Mediterranean, a gateway between "East and West", is another point of interest that brings him closer to Pope Francis.

How do you welcome your new position?

I feel carried by the prayer and affection of the people of Marseille, and also by the closeness of my brother Bishops in France. Of course, the burden is heavy and I admit that it is somewhat dizzying. But it is a call that comes straight from the Pope's prayer. So I try to move forward in confidence and peace, putting all my trust in the Lord.

You are said to be close to Pope Francis, who calls for an open church...

There is a verse from the Gospel of Saint John that guides me: "God so loved the world that he gave his own Son". So the whole faith and the whole action of the Church is based on the love with which God loves the world. This is the principle of the Church's mission: to be at the service of this love of God for the world. And this, by decentring her from herself, invites her to deploy a great deal of pastoral creativity in order to express this love and bear witness to it.

"The Church is not only concerned with its survival"

Sexual abuse, declining mass attendance, vocations crisis... Is the Church in France at a turning point?

It is certainly going through a whole series of crises. No doubt it will emerge stronger, that is to say, according to the paradox of the Gospel, poorer, truer, more courageous and more confidently abandoned in the hands of its Lord. The Church is not a business concerned only with its own survival. When this question of survival obsesses her, that is when she loses her footing, like Peter when Christ invites him to join him on the waters! Her salvation lies in her conversion. It is not because one is a Christian that one no longer has to convert to the Gospel of the Beatitudes: "Blessed are the poor in spirit, the thirsty for justice, the peacemakers, etc.". Young people have understood this well, as if by instinct: they help us to look ahead, to sweep our doorstep, to trust with joy and simplicity. Perhaps then we are at a turning point!

The Pope wants it to be less clerical and less vertical, can it be reformed?

Yes, the Church has often had to reform itself from within to be more faithful to the Gospel. This has often been painful, because deviations have to be corrected. When the soul of the Church becomes too "accustomed", as Péguy said, it is no longer irrigated by grace! It is often around the question of power that things become tense. The scourge of clericalism, which concerns not only clerics but also the laity, stems from a confusion between the exercise of responsibility and the will to power.

(Cathcon: I think he means here the pseudo-clerical lay elites)

How far can the reforms go?

They will go as far as they need to go! The Church has criteria for this: listening to what the Spirit is saying to her through the faith of the people of God, attentive reading of the Bible, unfailing fidelity to tradition, taking into account the current needs of the mission in the various parts of the world. All this requires a good deal of discernment.

"I think that priests need to be supported".

What do you learn from the feedback from the field collected during the Synod?

A lot of hope because many people were able to meet, listen together to the Word of God and reflect on how the Church should organise itself today to live its mission in the best possible way. This work together is already bearing fruit at the local level. But there was also a regret, because the younger generations did not express themselves very much. As a result, the final photo shows too much the concerns of the grandparents and not enough the aspirations and dynamism of the younger generation. But we are still in time to get the word out more.

Mgr Jean-Marc Aveline: "The Mediterranean is a space that concentrates many of the challenges of our humanity today".

I also think that priests need to be supported and encouraged, because what has been expressed, while certainly bringing up real problems, does not sufficiently reflect the beautiful adventure of the priestly vocation, as it is lived daily by the majority of priests.

In 2021, you have pleaded with the Pope to launch a synod on the Mediterranean. What is the purpose of this?

The Mediterranean is an area that concentrates many of the challenges of our humanity today. A bit like the Amazon, to which the Pope dedicated a Synod. That's why I made this suggestion to him. Ecological and climatic upheavals, the economic disparity between the populations living along the Mediterranean, the question of migratory flows, that of intercultural and interreligious relations, and also international diplomatic tensions, all of this and more make the Mediterranean area an indicator of the questions that our generation must face. And for Christians, it is a question of learning to give reason for our hope in the face of these new and serious challenges.

A synod could help in this. But on this road we have a long preparatory journey ahead of us, for the Mediterranean is bordered by several very different cultural areas: North Africa, the Middle East, the Slavic shores of the Black Sea and the Sea of Azov, the Balkan peninsula and Southern Europe. Each of these five areas has its own apprehension of the Mediterranean challenges. And the seriousness of the situation of Christians in the East is one of the important factors that such a synod should also address.

"Marseille is a laboratory"

What is your view of Marseille?

Marseille is a laboratory. Cardinal Etchegaray, one of my predecessors, used to say that you could go around the world in eighty hours! It is undoubtedly one of the last great cosmopolitan cities around the Mediterranean, at the same time, and for a long time, the gateway to the East and the gateway to the West. It is one of those fault lines where the Pope likes to go and one of those meeting places where he can deliver a message. This is what made him consider coming to Marseille.

Lourdes and Marseille are hoping for a visit from Pope Francis. Will you lobby on their behalf?

Of course I will! If his health allows it, I will certainly invite him back. I saw him tired on the pictures of his trip to Canada. But I observe that he has kept the prospect of his next trip to Kazakhstan alive. He is a strong man and I hope that God grants him the necessary health for as long as possible.