Defending the honour of Our Lady of Flanders.

from the attacks of blasphemers at the first night of the play "Our Lady of Flanders" at the Flemish theatre in Brussels, KVS (logo behind the banners) 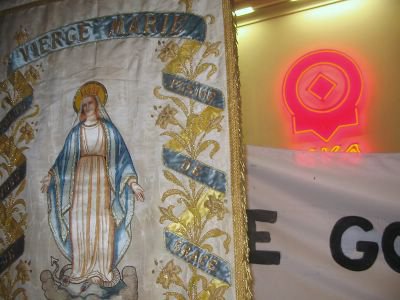 150 demonstrators were met with some three van loads of police - some of whom were friendly others a little less so. 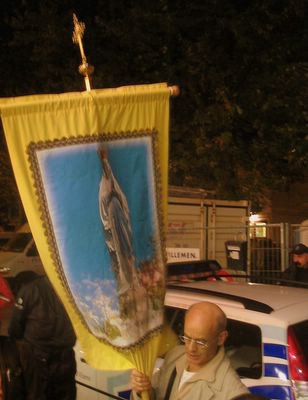 Advertising for the play in the foyer. Those who attended the state-subsidised play were noticeably "middle class". The whole charade has more to do with bourgeois liberal guilt than anything else. It is not just American universities that are victims of this guilt! 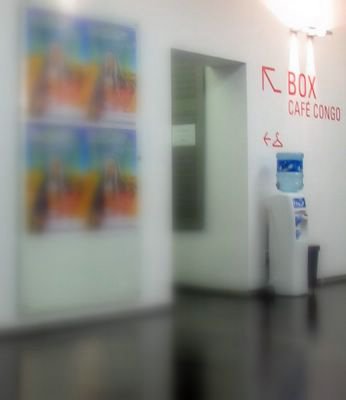 "No to the blasphemy, for the honour of Our Mother". Behind the first of many mockers in the internal corridor leading to the theatre. 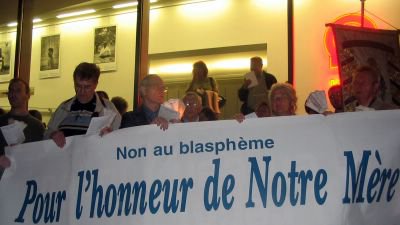 The crowd who think they are more sophisticated than they actually are. 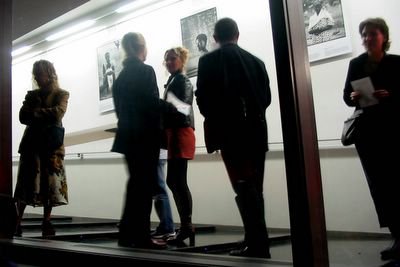 The beer drinkers looking down on the crowd beneath. 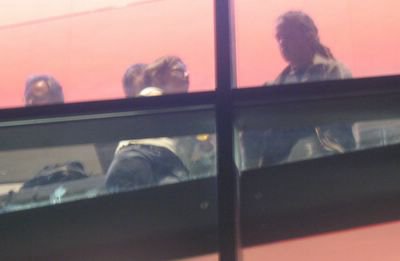 The too clever by half who think they have outgrown Catholicism. 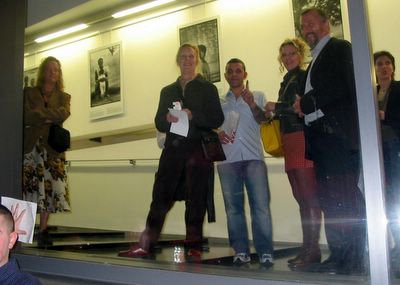 And a man who mockingly made a repeated sign of the Cross. 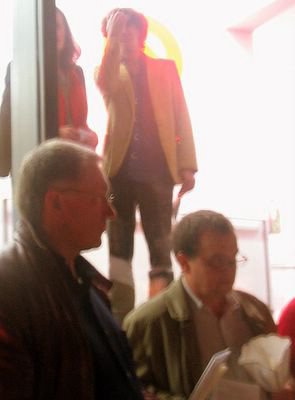 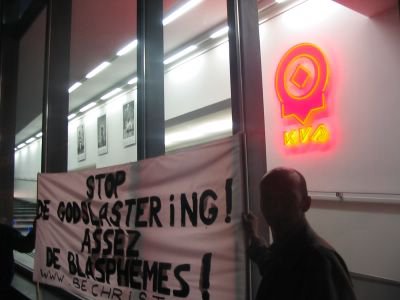 The police depart after a long, hard day defending blasphemers 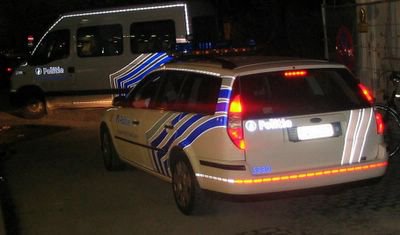 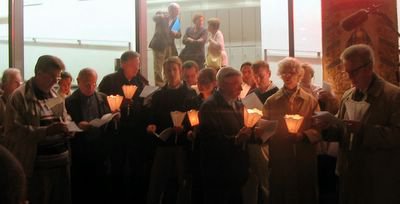 Our Lady of Flanders, pray for us!

And here the story of the gypsy saint, Ceferino Jimenez Malla a martyr who was offered his "freedom" if he would renounce his faith and throw away his Rosary. He died shouting " Long live Christ the King"

At least 150 Belgiums found an excellent way to celebrate the vigil of the Feast; defending the honour of the Mother of Christ the King.