The new Bishop of Linz, Austria

supports meaningful dialogue with muppets. Like all ecumenical dialogue, it is all one sided! (more high-level muppetry here). More seriously, he says that he wants to follow in the footsteps of the liturgically catastrophic Bishop Aichern. After twenty three years he is leaving the most liturgically dysfunctional Diocese in Christendom. And after the last forty years, there is plenty of competition for this title!
Linz's "Shrine" to Judas as one example or Liturgy - Linz style 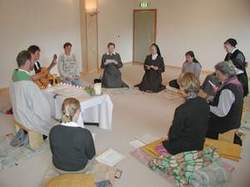 More pictures of the Rite of Linz as it is known by critics in the German language press.
"Veneration" of the Blessed Sacrament in Linz Diocese 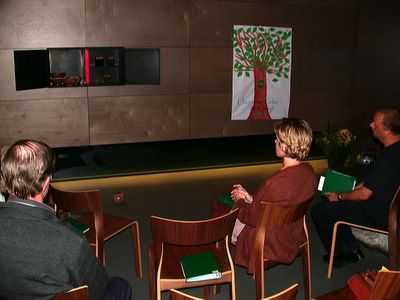 The following photographs are from the Church of St Francis in Wels, referred to in this article.
Which sect do they belong to? 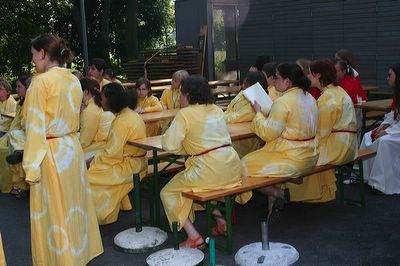 Credo ut Intelligam suggests that the servers are followers of the Dalai Lama rather than Jesus Christ. 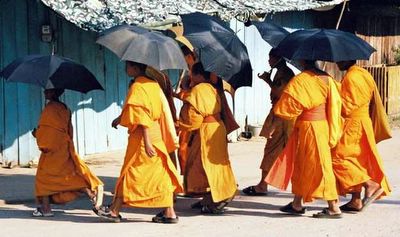 Certainy, the same sect as the former Bishop 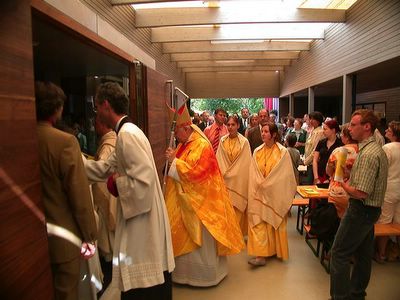 The Church where they no longer venerate the Cross but instead a dead twig. Perhaps it really is a sect. 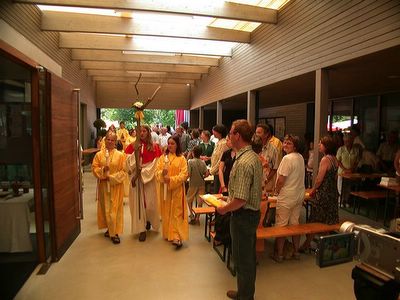 The Bishop, the twig and the "altar" 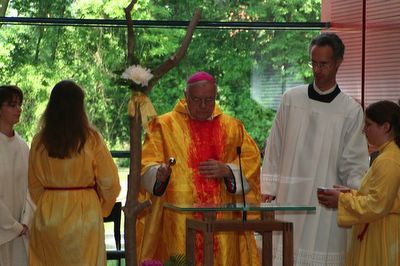 Or is this the "altar" 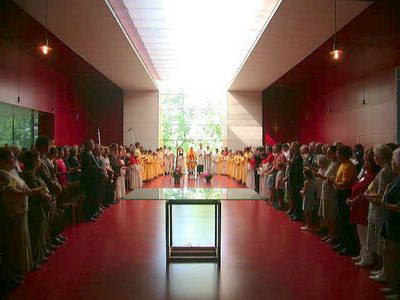 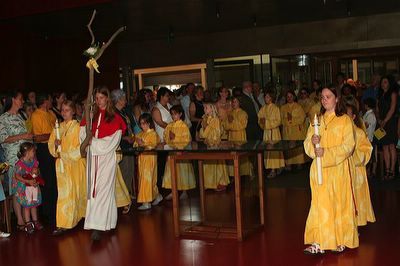 When boys are being excluded from serving at the altar, is it any wonder that there is a priest shortage.
Apart from the infamous Deacon Schrittwieser who attempted to say Mass which in theory carries the penalty of excommunication. 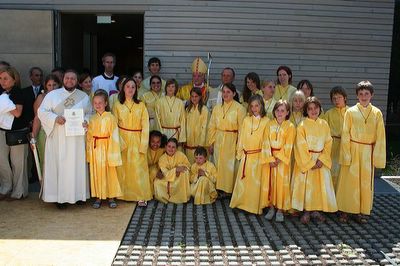 His simulated Mass for the Feast of the Three Kings. 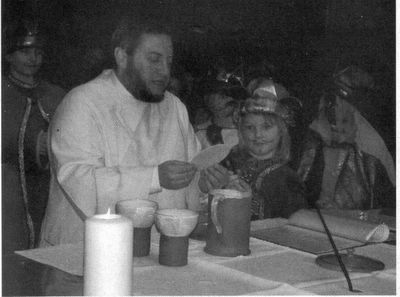 The Deacon breaks bread with a protestant female minister and pretends to give Communion. 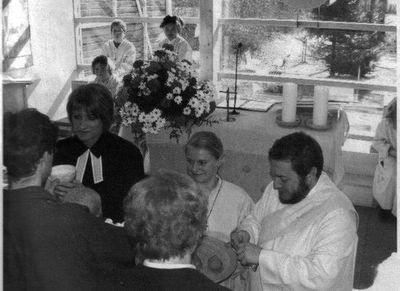 Here he is again with Sacred Vessels unworthy in all respects of the Holy Sacrifice of the Mass. 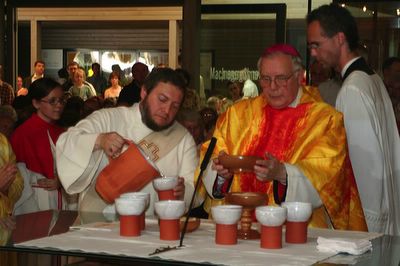 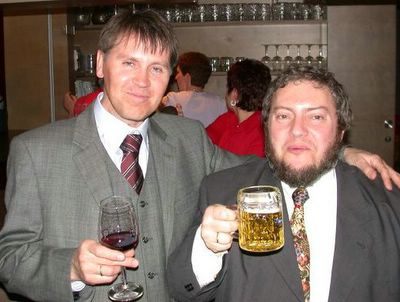 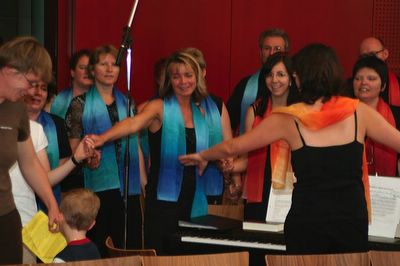 The same Deacon at an event prior to the Church being built. The woman on the right is the Parish Assistant, who clearly wants to be a priestess and wants to kid the world that she has the same office as a priest even now. She is reported by Die Tagespost to read the Gospel, preach and raise her hand at the Consecration. 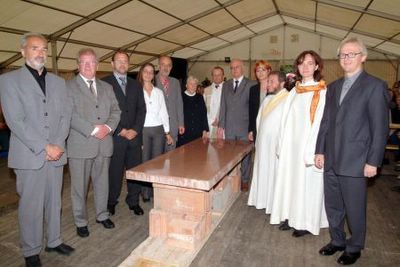 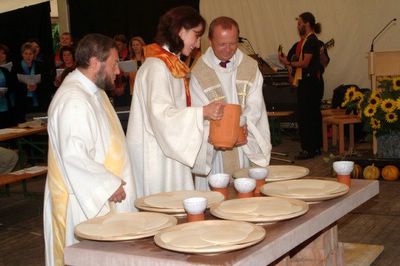 A spooky prayer evening in the same Church. 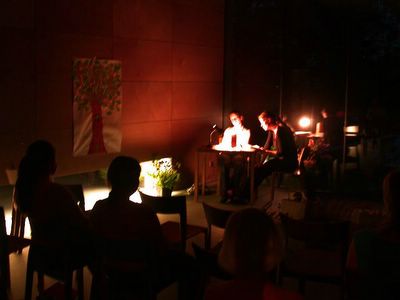 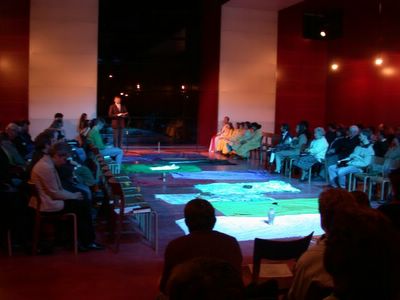 October last year the "Magic Priest" came to call on the parish. 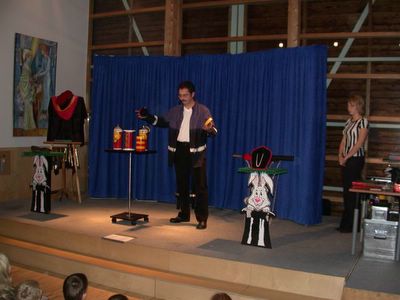 The Diocese calls this new Church their prestige project. Described above is just one, admitedly uniquely bad parish. The Chairman of the Parish Council is a leading light in "we are the Church" (a supremly arrogant title for a Catholic lobby group). I fear for the Diocese if the Bishop continues in the footsteps of his predecessor.

Anonymous said…
Wow! Is that a TV, or just a microwave oven? They look as if they're waiting for the popcorn.

And that MUST be Mr Twig from South Park. Buddy, where've you BEEN all these years?
10:09 PM